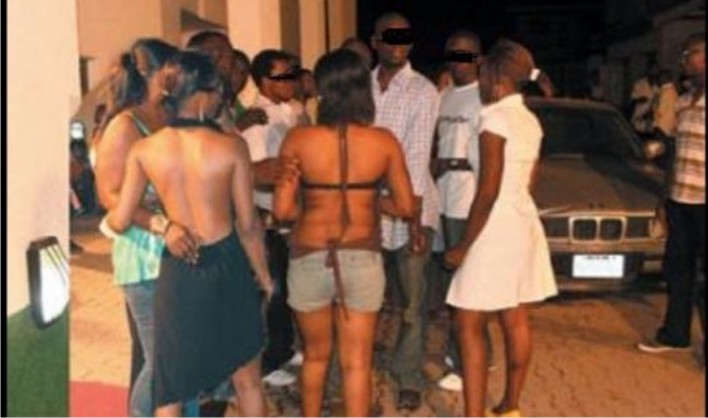 The Nigerian Immigration Service has deported a Cameroonia commercial sex worker for having no valid documents.

This was disclosed on Friday by the Commissioner of Police in Cross Rivers, Abdulkadir Jimoh.

The CP disclosed that the command raided hotels after noticing that women and underage girls now use the hotels for prostitution.

“We carried out raids in hotels in Calabar, Cross River State capital as prostitution took over everywhere. It is a pity that people are using their bodies to make money. During the raid, about 50 suspected prostitutes were picked.”

“The security implication was that most criminals emanate from these hotels while their weapons were allegedly kept there. I warned hotel owners that I am not going to tolerate nonsense.”

“I have directed them to document all their lodgers and ensure that they don’t allow their premises to be turned into criminal endeavours” the CP stated.

Jimoh noted that the numbers of suspected prostitutes arrested, after profiling them, some were released unconditionally while the underage ones were sent to the Ministry of Social Welfare.

Others, were handed over to Immigration for deportation.

“A raid was conducted, about 50 of them were arrested and after profiling them, we discovered that some of them were innocent, we released them without condition but those that were discovered to be real commercial sex workers were prepared for prosecution.”

“There is a state law that makes provision for their prosecution and they will be appropriately arraigned in court. There was a Cameroonian suspected prostitute and underage girl arrested among the alleged commercial sex workers.”