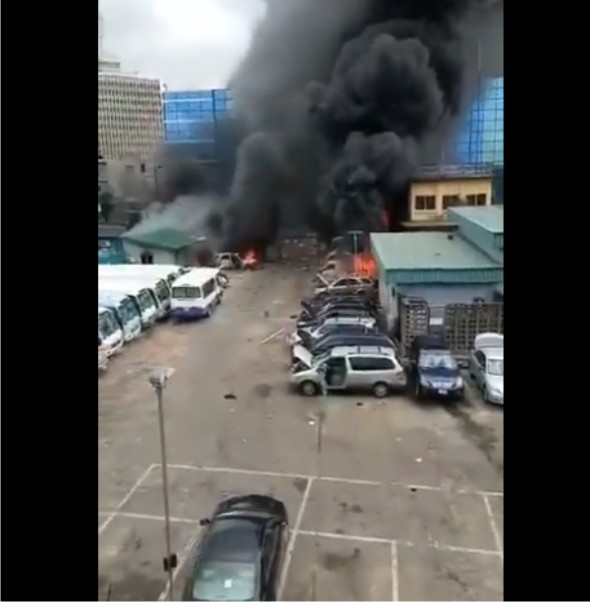 The Headquarters of the Nigerian Port Authority (NPA) in Marina, Lagos State also been set ablze by angry mob on Wednesday morning.

This comes after soldiers opened fire on unarmed #EndSARS protesters on Tuesday night, leading to injury of at least 28 persons and death of some others as reported by eyewitnesses.

Watch the NPA fire below.