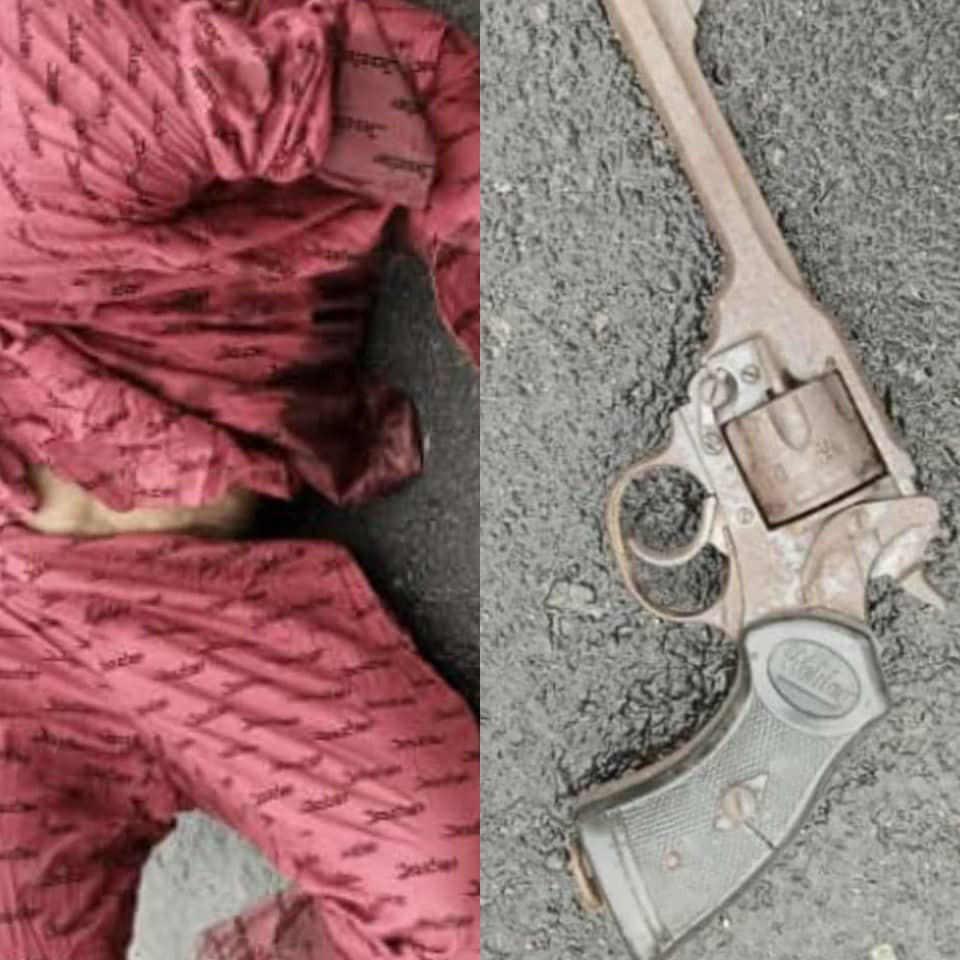 A notorious armed robber simply identified as Bugatti said to have terrorized residents of Nsu Community in Ehime Mbano LGA of Imo State, has been arrested by operatives of Imo State police command and a police revolver pistol found on him.

A statement by the spokesperson of the command, CSP Michael Abattam, said Bugatti met his loo on Friday, August 20, after vigilante members of the community spotted the suspect who is said to be the leader of a notorious armed robbery gang, and immediately alerted the police.

”The community’s vigilante group immediately alerted the police patrol team within the area and they moved to where the suspect and his gang were hiding in the bush. On sighting the security men, they opened fire . And during the gun duel, the gang leader of the group, “Bugatti ” was neutralised and his Revolver Pistol recovered to the station. While the other two suspects escaped with bullet wounds.

“When the a Revolver Pistol was checked, it was discovered that, it was one of the police Revolver Pistol that was carted away during the #ENDSARS saga when the Police Area Command Headquarters at Ehime Mbano LGA of Imo State was attacked by hoodlums,” the statement read.

According to Abattam, efforts are being made to arrest the two suspects who escaped with bullets wounds and other members of the gang presently in hiding.