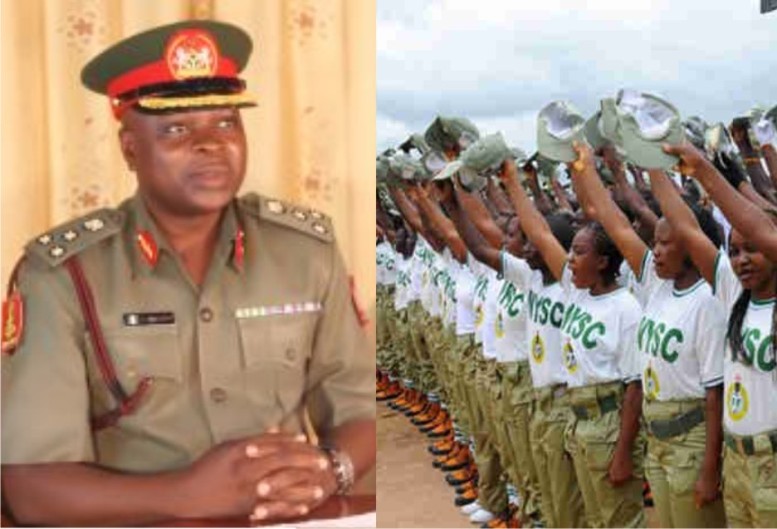 The Director-General of the National Youth Service Corps (NYSC), Brig Shuaibu Ibrahim has stated that the corps will commence the printing of Age on the Discharge certificates of Corps members.

Brig Ibrahim stated that the decision was taken in a bid to counter age falsification trend which has become common among graduates and some tertiary institutions.

The DG made this known while speaking at the 2019 Batch B pre-mobilisation workshop which held in Abuja.

According to him, the measure was to checkmate the habit of some institutions presenting over-aged graduates for the mandatory post-graduation scheme.

“We have observed that some institutions present over-aged graduates for mobilisation. Such graduates falsify their age in order to avoid appearing on the exemption list. Such act will not be condoned and the scheme will not hesitate to apply appropriate sanctions on any institution involved. As a further step toward curtailing age falsification, we have decided to include date of birth on the certificate of national service and exclusion letter. This is just as in the case of the WAEC certificate and the NYSC Exemption Certificate. We also plan to carry out advocacy to encourage other examination bodies to adopt the same approach.

“We have also observed cases of suspected connivance whereby some accredited institutions help unaccredited ones to mobilise unqualified graduates. While the scheme will continue to sanction erring institutions, we are working on introducing a platform on the NYSC portal where the corps producing institution will be required to upload the list of their matriculated students every year.

“This will be used to eliminate the registration of persons whose names are presented for mobilisation but who are not found on the matriculation list.” he said