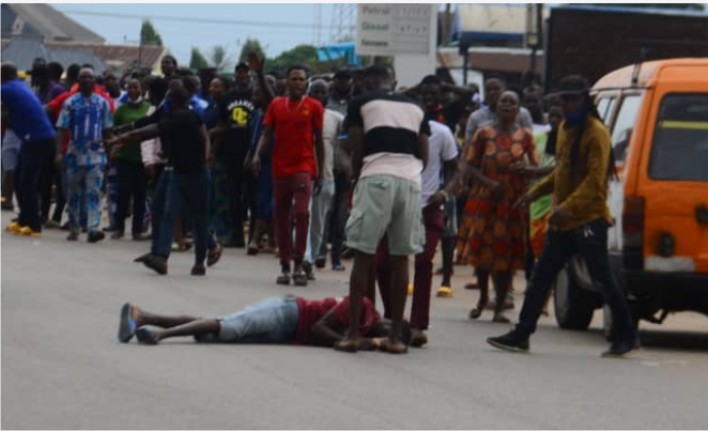 A supporter of Governor Godwin Obaseki fell from a speeding vehicle while jubilating today in the state.

The yet-to-be-identified young man was part of the youths, in a vehicle, jubilating over results announced in favour of the Peoples Democratic Party candidate Obaseki.

The incident happened in front of Ugbekun Primary School in Ikpoba-Okha Local Government Area around 4:05 pm.

The youth fell from the vehicle and hit his head on the tarred road.

The vehicle moved on but some of the PDP supporters alighted and rushed the victim to a clinic near the scene of the accident.

It was not clear if he was revived at the clinic but he was motionless immediately he fell and banged his head on the road.