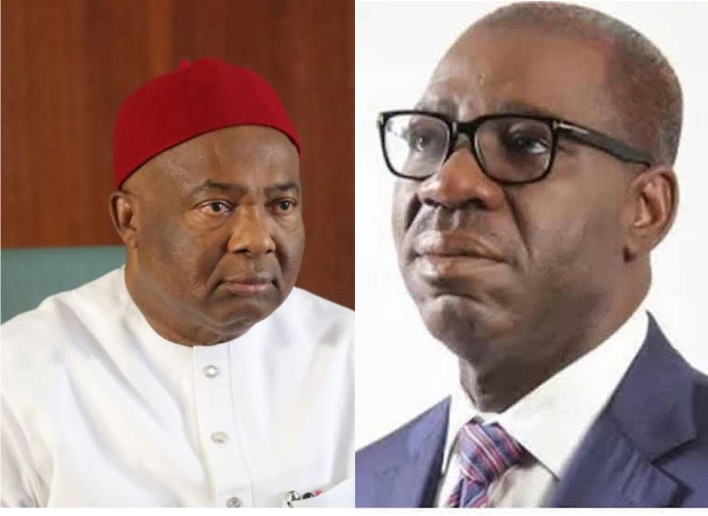 There have been many presumptions about what could be Imo’s financial contribution to the APC governorship campaign in Edo, following the prominently infamous role played by Senator Hope Uzodimma, whom many believe, governs Imo by default and drives her to near ruin in just eight months. But, this politically incorrect offering of mine won’t be about the monetary losses, obviously incurred by my dear State because of its helmsman’s ambition to increase his stakes in the Bourdillon Club of electoral traders.

Yes, Imo lost money, and I can say that many more times on the pain of the illegal and smuggled-in decrees 484 and 485. What I can’t say for a certainty is the actual figure that Imo lost on this thoughtless investment. Some people have said it is three billion Naira, while there are commentators who believe it is higher than that. Some pegged the investment by the governor, ‘with Imo’s money’ at well over five billion Naira.

Now, we can break it a little down to some specifics. Chief Uzodimma was in Edo, at least ten times, from the primaries till the election proper. On each of those occasions, he went with a retinue of security details, political aides, and some people believe; “thugs and mercenaries”, with whom he allegedly planned to rig the elections. We can conservatively peg the amount for each of these trips at 10 million Naira. That’s about 100 Million Naira for the logistics and transportation. Some people believe that the governor was the highest financial donor among progressive governors to the Ize-Iyanmu election campaign. Let’s say, he donated One Billion Naira directly to the campaign. It could be a lot more and it could also be less. Cumulatively, the governor, with some of his top aides were out of Imo State on Edo gubernatorial campaign, for at least 30 days. That’s a whole lot for a governor whom we pay salaries and who draws security votes from our coffers. For these days he was away from his duty post, his salaries, security votes and those of his aides and security details would total about One billion Naira. So, Imo actually paid the governor and his aides approximately One billion Naira for working for a governorship candidate. If we had a system where public servants are held to account, we should be asking the governor to refund his security vote which is about 500 Million Naira monthly, his salaries and the salaries of every of his aide that went with him to Edo or to anywhere else to work for Pastor Ize-Iyanmu. But, our system doesn’t care.

We haven’t talked about the monies he is alleged to have given to the Igbo community in Edo State to urge them to support his candidate. We do not know if it is true that some electoral officials were bribed in a bid to manipulate the election result in favour of his candidate. We haven’t placed a figure to the fees that might have been paid to some mercenaries who were caught on camera confessing that that were hired from Imo State. We haven’t placed a figure to the patrol vehicles acquired with Imo money and donated to security agencies for the security and safety of Imolites, but which were seen in Iyamho before the election, proper. So, obviously, Imo lost a lot of money, but that’s not the only thing we lost.

Every Imolite was sold off to the world by the governor. We were sold off as being governed by a man of questionable character. The governor became a byword for electoral fraud and everything undemocratic, throughout the campaigns in Edo. Videos are viral on the internet, where Edo people described our governor in unpalatable but unavoidable words. For every of such word used to describe our governor, every Imolite is insulted. So, it won’t be very much out of place to say that the governor brought shame to the State. He ridiculed us, he defamed our character and if we are to sue him for defamation of character, every Imolite would at least be entitled to 10 Million Naira, which he has to pay from his pocket. And this runs into the trillions of Naira.

In Richard’s own words; “Your governor was a marked man. From Thursday, when we got wind of his presence in Edo, the citizens were on alert, because he doesn’t have a good name. We were determined to teach him that he could walk away with election rigging in Imo, but not here in Edo.” Well, I thanked God that they didn’t see him and I am happy that my governor understood the temperament of the people and respected himself. He confined himself to Iyamho and when the results started trickling in, he sneaked out of Edo through the backdoor. He couldn’t even blare his sirens, for fear of been lynched?

It becomes more painful when one compares Uzodimma’s presence in Edo to that of other governors, especially Nyesom Wike of Rivers State. The average Edo man was happy that Wike was in town and they could keep him there for as long as he wants, but they can’t bear the mere sight of my governor nor does his name ring good in their ears. Edo people saw Wike as a friend, but my governor was seen an enemy and a traitor, who came to annex their State.

Beyond the personal opprobrium to his personality, Chief Uzodimma also made every Imolite look like a weakling. Edo people might feel superior to us, because they succeeded where we couldn’t. They resisted manipulation, they resisted imposition and they resisted intimidation. While it may not be true, Edo people showed that they are politically aware and democratically literate for standing up to defend their inalienable rights to choose their leader by themselves. I do not think there will be a magical 388 polling booths results that even the man who tendered it couldn’t read properly and that contained only the results of two candidates, while there were 70 candidates. I do not think Edo people will fold their hands and move on if any Court declares Ize-Iyanmu governor with results he wrote for himself- isn’t it more like a student grading himself in an exam and overriding the verdict of the examiner? Edo people won’t take that.

The outcome of the Edo election is a sharp reminder to us as Imo people of our misfortune. It calls back that sad day that a certain Gulak came to Imo and walked away with fraud. It calls back the memory of 388 magic polling booths results that never were. It calls back the reality that we are governed by a man whom it appears, even with the magic 388 polling booths results is not qualified to be our governor by the very spirit and letters of our own Constitution. Did he meet the Constitutional spread to be governor? Was he duly nominated? Was he even a member of any political Party, in its true sense, and if we must go by the Constitution of our Party? He confessed that he came through by cutting corners. Yet, we have him as governor. Obaseki’s victory shows that such a thing wouldn’t have been allowed in Edo. But, we have learnt this lesson and we hope to gain from this loss.