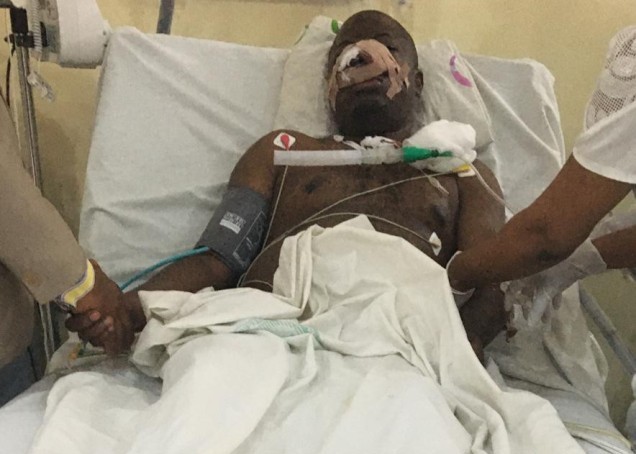 A doctor with the Federal Medical Centre (FMC) Owerri is in critical condition after he was allegedly brutally attacked by his wife on Tuesday night after a quarrel.

According to the victim’s friend, Jones, the doctor’s wife cut off his nose, upper teeth, tip of tongue, lower gums and after the assault, she called his mother to come carry him.

“A doctor in my center (fmc) Owerri was assaulted by his wife last night after a quarrel. The woman cut off his nose,upper teeth,tip of his tongue and part of his lower gums. She then called the guy’s mom to come and carry her son’s corpse.” said Jones.

“Luckily for the doctor, he was rushed to the hospital last night and we stabilized him.
He is conscious, but can not talk since he’s on tracheostomy. Now I’m scared of this marriage thing. My uni friend and personal physician just sent me this”?