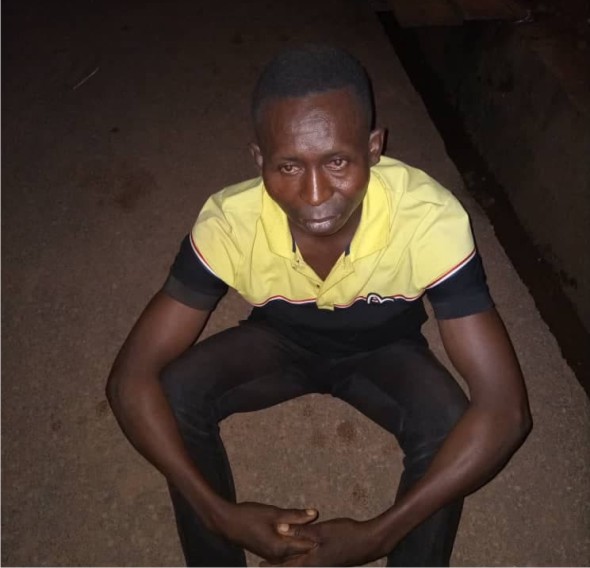 The Ebonyi state police command has arrested a man identified as Mr. Anointing, (not real name) for sexually abusing an 11-year-old girl from Ezza North local government area of the State.

Recounting her ordeal when she was interviewed by the Special Assistant to Ebonyi State Governor on Security and Utility (Capital City) Saint Nchekube Anakor, the Primary 5 pupil said the painter who resides in the same compound (close to the Federal High Court) with them, usually sends her on errands and also makes her bring it to his room.

She also disclosed that Mr Anointing has sexually abused her several times before being nabbed.

“He will always sent me to buy something for him, and when I come back, he will tell me to bring it to his room.

“Each time l entered his room, he will be touching my breasts and be inserting his fingers into my vagina. I don’t like what he does to me and I don’t know how to tell my parents.”

Narrating how the suspect was nabbed, Mr. Anakor said he got a tip-off of the incident from one Tochuckwu and others from disco two at about 3:30 a.m on Wednesday August 5. Upon getting to the compound, he discovered that Mr Anointing had been caught red-handed in the act by his neighbours.

“Thanks to Tochukwu Nwankwegu and others from Disco 12. It was like a joke at exactly 3:30a.m. last night.

“The little girl, aged 11 years, who lives near Federal High Court, Abakaliki, opened up on how one Mr Anointing, a painter who also lives in the same building normally took her to his room and sexually abused her.”

The suspect refused to say anything at the scene of the incident and was taken to Kprirkpiri Police Station in Abakaliki, where he was detained by the Police.