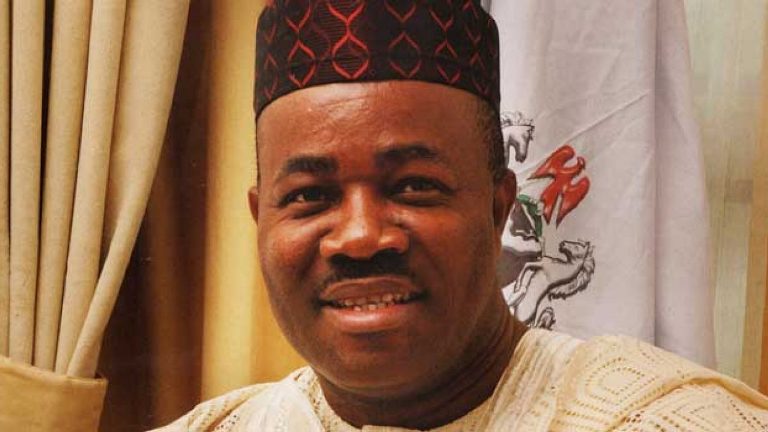 In a statement released on November 12 and signed by its National Publicity Secretary, Ken Robinson, PANDEF expressed dissatisfaction with the leadership of Akpabio.

Read the full statement below:

Pan Niger Delta Forum, PANDEF, has objected to the decision by the Minister of Niger Delta Affairs, Godswill Akpabio, to allot N15 billion, which is about 80 per cent of the Ministry’s N19 billion total capital expenditure for 2021, to the East-West road project. We support the members of the House of Representatives Committee on Niger Delta in questioning the rationale behind the minister’s decision. Why should N15 billion be allocated to the East-West alone when there are several other projects of the ministry that are abandoned and begging for attention, across the region. Was the East-West road planned to be constructed with the paltry capital allocations of the ministry?

We understand the critical importance of that road to our people, that is why we have continuously called for its completion. We, however, find the Honourable Minister’s decision to appropriate about 80% of the Ministry’s capital expenditure to the project bemusing and distasteful. We are not in support of this plan by the Honourable Minister. He needs to re-examine his position.

We are dissatisfied with his leadership of the Ministry Niger Delta, for not paying sufficient attention to the affairs of the region. He has, instead, been more concerned with gratifying Mr. President, asserting the President has so much interest in the completion of East-West road. But that is not what we see, the goings-on, do not, in any way, reflect the Minister’s narrative. PANDEF is becoming increasingly worried at these tendencies of the honourable minister, perhaps, needs to be reminded that he is, first and foremost, a Niger Deltan before anything else. He should, therefore, re-align himself with the shared concerns and yearnings of the people of the Niger Delta Region. And stop playing the role of a loyal “APC Minister”, heralding Mr President’s imperceptible love for the Niger Delta region.

It is worthy to note that the administration of President Muhammadu Buhari has not made any significant provision for the completion of the road. Sadly, no inch of construction has been added to that road in the six years of this administration. Whereas road projects in other parts of the country, such as the Lagos-Ibadan Expressway, Kano-Maiduguri road, and etcetera, are been constructed.

Many questions are begging for answers: Why should the East-West road and other critical infrastructure not be given particular attention by the federal government, and undertaken by the Ministry of Works? The Minister of Works and Housing, Babatunde Fashola, recently disclosed that his ministry was undertaking 711 critical highway projects in six the geopolitical zones of the country, and that priority would be given to 18 roads and bridge projects in 2021. If we may ask, how many of these projects are in the Niger Delta region, the South-South Geopolitical Zone, in particular. Is the East-West road not significant enough to be among the 18 priority projects of roads and bridge in the country? Meanwhile, the money used in executing these projects come from the Niger Delta; even if they claim the projects are funded with multilateral loans, where would the money for repayment come from?

Recall that in August this year, the Minister of Niger Delta Affairs announced the approval of an N20 billion ”working capital” by Mr. President for the completion of the East-West Road. What has happened to that money? It was also said, at some point, President Muhammadu Buhari transferred the funding and project management of the East-West to the Sovereign Wealth Fund along with the 2nd Niger Bridge, Lagos- Ibadan expressway and the Abuja-Kano Highway for speedy completion. What happened to that arrangement?

We call on President Muhammadu Buhari to declare a state of emergency on the East-West Road, and provide “special vote” for the completion of the road instead of allowing the Minister of Niger Delta Affairs to deplete the paltry capital expenditure of the Ministry on the road. Other critical socio-economic issues need attention, like human capital development and empowerment, with special focus on youths, to reduce the alarming level of unemployment in the region, worsen by the continued non-relocation of the operational headquarters of International Oil Companies (IOCs) to the Region. We cannot continue to dance to the tunes of external accordionists whose interests are at variance with the developmental aspirations and overall well being of the Niger Delta people. Enough is enough!