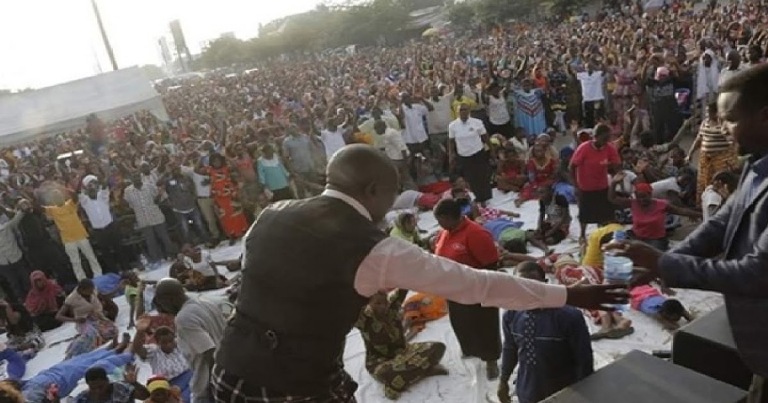 The Tanzanian government has arrested Pastor Boniface Mwamposa after a stampede in his church in the northern Tanzanian city of Moshi, resulted in the death of at least 20 people and also left many injured.

The Popular preacher who heads the Arise and Shine Ministry Tanzania, was arrested in Dar es Salaam after boarding a flight to the capital city to lead a prayer service at another branch of his church after the incident.

Kippi Warioba, Moshi district commissioner told Reuters news agency that the stampede occurred while people struggled to get “healed” by stepping on an anointing oil the Pastor poured on the floor.

He said; “Twenty people died and 16 others were injured in the inciden. Five of those killed were children.

“The stampede occurred when the worshippers were rushing to get anointed with blessed oil.”

Interior Minister, George Simbachawene who confirmed Mwamposa’s arrest, accused the church of not taking sufficient precautions and violating the terms of its permit for the meeting. He however did not disclose the charges against the Pastor.

George said; “The incident took place at night and there were many people, so there is a possibility that more casualties could emerge.”

While authorities said they are still assessing the situation amid fears the death toll could rise, the police also announced that they have launched an investigation into the incident.