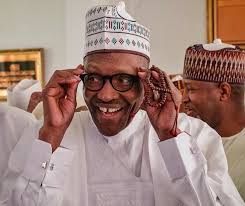 President Muhammadu Buhari has urged Nigerians to understand him and give him more time to translate his intentions for the country.

Buhari made the call Monday in Abuja after a special parade organised in his honour by the Guards Brigade of the Nigerian Army to celebrate his 76th birthday.

Speaking briefly with State House correspondents in both English and Hausa languages, Buhari said, “Nigerians should continue to pray for me and understand my intentions and give me time.”

Buhari also said he will keep reminding Nigerians about his performance in office so far.

“We will keep reminding Nigerians about what we have done, how we met the country, what we were able to do from the time we came in to now with the resources available to us.”

The president and his party leaders have repeatedly told Nigerians that the challenges being faced were caused by the Peoples Democratic Party which governed the country for 16 years until 2015.

The president said he was impressed by the honour shown to him by the Army.

“I am impressed, they put a lot of time behind it and I thank them very much. I appreciate it indeed.”

Apart from the special parade session, various birthday cards were presented to the president.

The commandant of the Guards Brigade also presented a card on behalf of the army unit responsible for the protection of the president and his family.