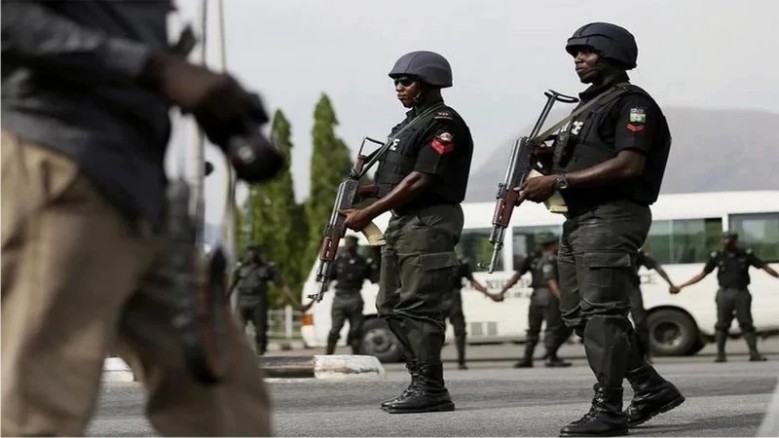 A traditional ruler in Awara community in Ohaji/Egbema local government area of Imo State, Eze Andrew Okwuegbunwa and a pastor, Caleb Agu of Umuoni Agwa in Oguta LGA have been paraded by the State Police command for alleged involvement in kidnap and armed robbery activities.

The police also paraded a pastor of the Winners Chapel in Okwudor in Njaba LGA, Joseph Anthony, for defilement of 11 years old daughter of a fellow Pastor.

The Monarch’s gang had kidnapped Louis Obodo at Mgbala Agwa and Inspector Oscar Mbaeri in Agwa in Oguta local government; Chigozirim Nnaji in Egwedu Atta in Njaba local government; Desmond Okonkwo in Oru West local government area; and Anyanwu Amarachi on July 19, 2020 after which the police gave them a hot chase.

Okwuegbunwa, who hails from Obor village in Awara, confessed to providing his unregistered Lexus 330 Jeep for kidnap activities of the syndicate.

The state commissioner of police, Isaac Akinmoyede said the syndicate had abandoned the vehicle during an exchange of gun fire with operatives of the Special Anti-Robbery Squad and Anti-kidnapping units of the command.

The monarch said the syndicate paid him N3million in lieu of his abandoned Lexus 330 with registration number URM 404 EL Edo State, which turned out to be fake.

The traditional ruler said, “My Nephew took my vehicle to do kidnapping, I am not one of them. Though they have used my vehicle about four times, and they gave me money”.

On his part, the head of the syndicate, Pastor Caleb Agu said he provided spiritual guide for the gang.

The gang had Ikechukwu Njoku as protocol officer; Ebenezer Obioha as operational Commander and executor of the gang; Fabian Obioha the gang armourer; while Bernard Uzoma was the native doctor that provided protection from operational hazards and arrests.

The police boss disclosed that the gang had in the past, ambushed and attacked a team of the NDLEA, during which they killed one operative instantly and left two operatives seriously wounded and absconded with their rifles on May 15, 2020.

On the rape allegation, Pastor Joseph Anthony denied complicity but admitted that he was tempted to commit the act.

According to him, he had just been transferred to the Njaba chapter of Winners Chapel, and was waiting to be assigned his personal residential apartment before another Pastor, Okoronkwo offered to harbour him till he secured his own accommodation.

CP Akinmoyede said the suspects would soon be charged to court while investigations continue.