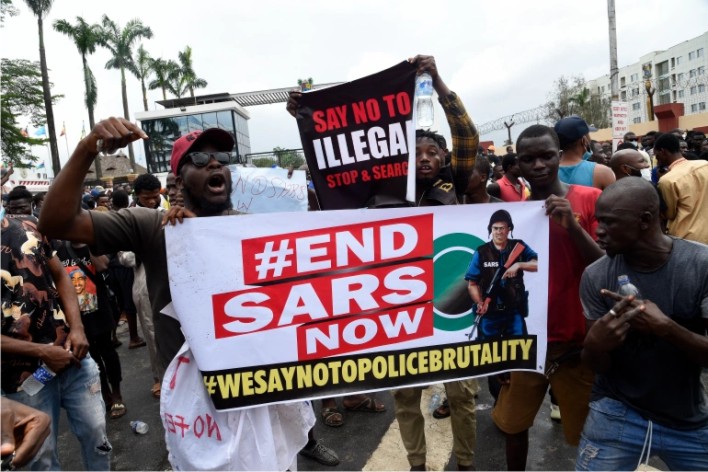 The Police has reportedly arrested two administrators of a WhatsApp group used for mobilisation for #EndSARS protest in Osun state.

Premium Times reported that Babawale Popoola and Fisayo Aderemi who were arrested and detained since Thursday November 5, were accused of knowing about the looting that occurred a few weeks ago as administrators of the #EndSARS WhatsApp groups and were further asked to provide their members.

The publication reported that Osun police spokesperson, Yemisi Opalola did not deny the arrest of WhatsApp group admins but instead allege that they played roles in the arson that followed the protests in the state.

Asked why they were yet to be arraigned, Opalola simply said “they are still being investigated. After the investigation, we will know what to do.”