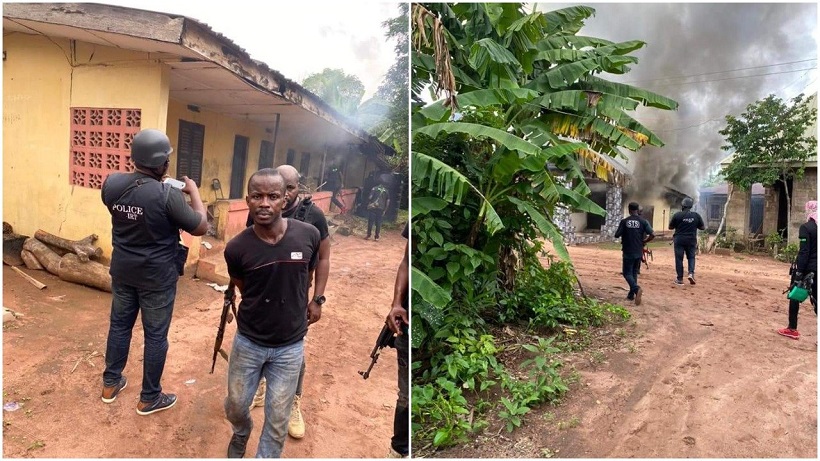 The Inspector General of Police Intelligence Response Team led by DCP Abba Kyari and other security forces reportedly carried out the operation.

The kidnapped victim who was said to be a police woman was see free and the house used by the ESN operatives set on fire during the operation.