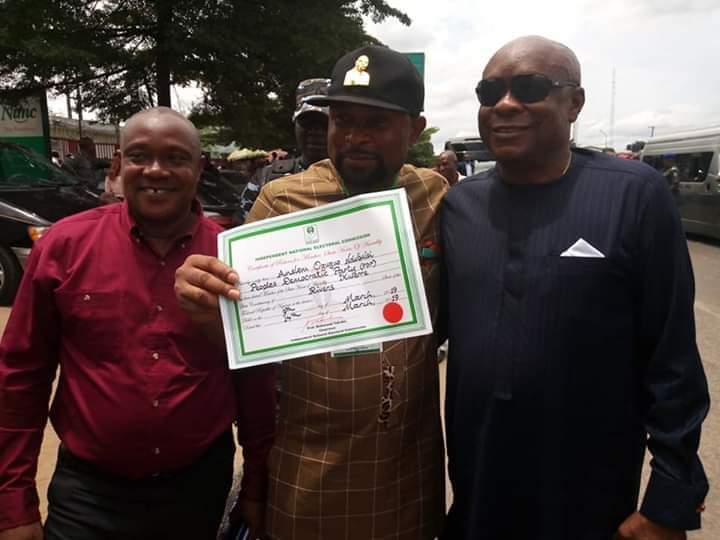 A chieftain of the All Progressives Congress (APC) in Rivers state, Chief Eze Chukwuemeka Eze, has raised the alarm over an alleged fraud by the Independent National Electoral Commission (INEC) in the recently issued Certificate of Return to the Rivers state, Chief Nyesom Wike, and all the House of Assembly members-elect in the State.

Eze, in a statement issued and circulated in Port Harcourt on Thursday, alerted that the certificates issued to Wike and others had been issued and signed since the 14th of March, 2019, almost three weeks before the contentious Rivers state election was concluded, a fact affirming an earlier alarm raised on an alleged collusion between the INEC, the Peoples Democratic Party (PDP) and Chief Wike to rig the election in the governor’s favour.

Eze had raised an alarm to the effect in a statement issued on March 30, alleging that the INEC had already printed Certificates of Return in favour of the governor, even while the election was yet to be concluded, as it had been suspended in a curious circumstance midway, a development that most stakeholders in the state had frowned at.

However, the electoral umpire had denied the allegation, saying rather that it would go after whoever is found with a fake Certificate of Return, vowing to prosecute such persons.

“Affirming my accusation that INEC never meant any good for the people of Rivers state and democracy in Nigeria, the Commission went ahead to issue the same certificate of returns that they were accused of printing in advance, to Governor Wike and 32 members of the Rivers State House of Assembly, assumed to have won the March 23rd polls, on 16th April, 2019.

“The governorship election was held on 9th March, 2019 and suspended on 10th of March while collation started on April 2nd while Certificates of Return were printed and signed on March 14th, 2019.
It is sad and unfortunate that after all the cries and protests by some well meaning citizens of Rivers state, including some of our statesmen, exposing the bias and partiality of the leadership of the INEC to subvert the will of Rivers people, the commission is hellbent and determined to carry out her devious plots. It has eventually come to light, in this untidy business of forged Certificates of Return, that INEC is a slave to corruption in Rivers state.

“In carrying out her sinister plot the commission printed Certificates of Return in favour of Governor Nyesom Wike and other PDP candidates, even before the conclusion of her manipulated process.

“Although INEC stated in her 30th March statement that the INEC Chairman, Prof Yakubu, denied the news that the Certificate of Return posted on social media was not printed by him because INEC was yet to announce the results as collation was suspended, the Certificates of Return issued to Wike and others bear the same date, but the governorship and House of Assembly elections were formerly collated and announced by Inec from 3rd to 4th of April.

“But on 16th April, INEC shamelessly, through her compromised Resident Electoral Commissioner (REC), Obong Effanga, issued Certificates of Return printed on 14th March to Governor Wike and the 32 members of Rivers State House of Assembly, affirming my stand that the Rivers state election results announced by INEC was not only charade, but a mischievous act that can’t stand and supported by any lover of democracy”, he said.

Eze also reiterated that information available has it that Gov. Wike through the INEC REC in Rivers State, Obong Effanga has also negotiated with Wike on a further deal to enable Wike raise a preliminary objection as to filing out of time by any candidate who is aggrieved and filed a petition at the election petition tribunal.

Eze, a one-time National spokesman of the defunct new Peoples Democratic Party (nPDP), however expressed sadness that the compromised REC of the INEC in the state, Obo Effanga, had continued to hold sway on the electoral affairs of the state, despite his very glaring violations of the electoral processes by and his unhidden bias for the PDP in the State.