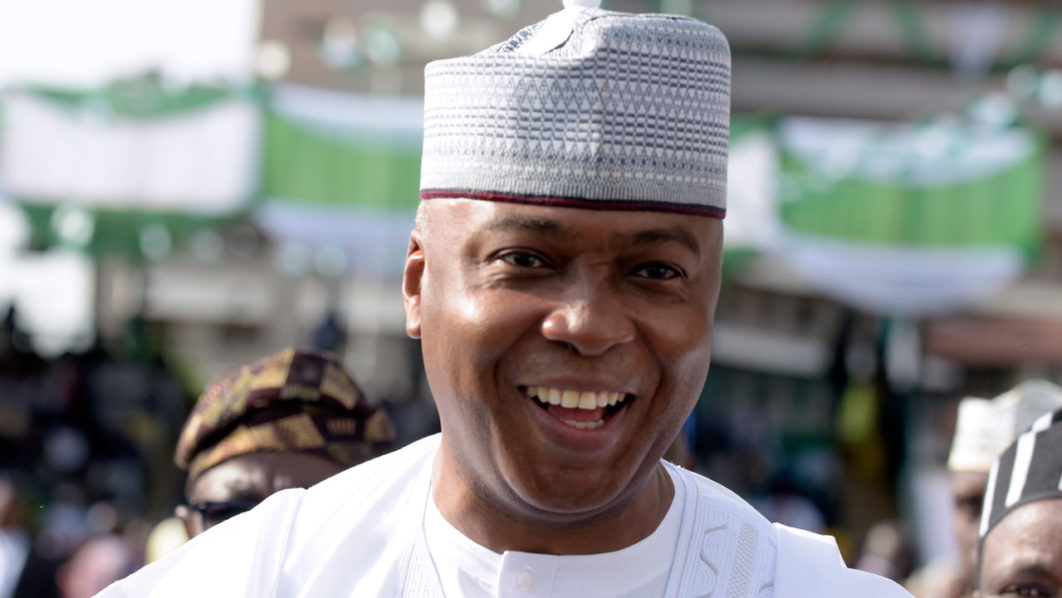 The immediate past Senate President of Nigeria, Bukola Saraki has urged the United States of America to expand the visa ban it slammed on Nigerian politicians to include electoral officers, security officials and judicial officers who undermine the nation’s democracy by their actions during and after elections.

He also called for a strong enforcement of the law which provides punishment of politicians, law enforcement agents, ordinary citizens and electoral officers who are caught subverting the electoral process.

“All stakeholders must show commitment to diligent enforcement of and compliance with the law. This has been addressed in the 2010 Electoral Act (Amendment) Bill 2019 worked upon by the Eighth National Assembly,” he said.

Saraki spoke on Tuesday on the topic: Electoral Reforms and Democracy, at an event organised by the Centre for Advancement of Civil Liberties to mark the International Day of Democracy.

The former Senate President submitted that a faulty electoral process is a threat to Nigeria’s democracy.

He enjoined the Ninth National Assembly to expedite action on the Electoral Act as the next general election is almost 30 months away.

Saraki said: “Nothing threatens our democracy more than a faulty electoral process. We cannot afford to allow our populace to lose faith in the democratic process. That will be a recipe for chaos.”

In a statement by its spokesman Kola Ologbondiyan, the main opposition said: “It is instructive to note that this announcement by the U.S, which reinforces the determination for resistance in Nigeria, is also an unambiguous caution to the sacked National Chairman of the All Progressives Congress (APC), Adams Oshiomhole, the APC governorship candidates in Edo, Osagie Ize-Iyamu and his Ondo counterpart, Rotimi Akeredolu, over their plots to use violence to undermine the sanctity of the Edo and Ondo state governorship elections…”