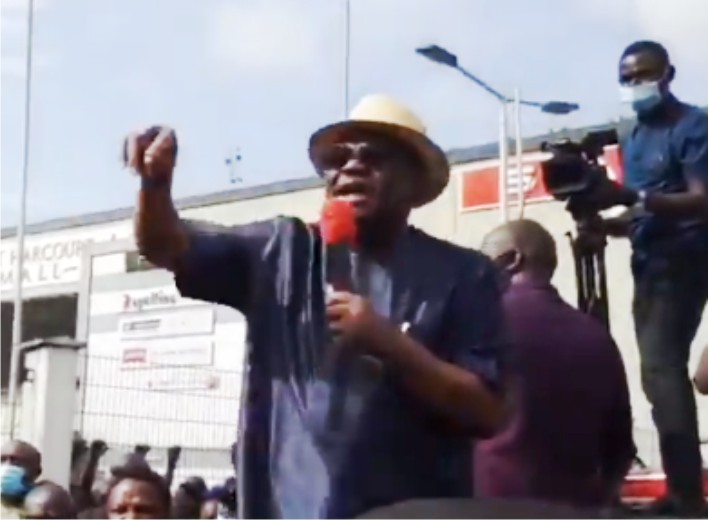 According to the Governor, he can never be a friend of SARS but he will not dance to the tune of Nigerians who just want to play to gallery with the #EndSARS campaign.

Recall that the governor had on Monday night announced the ban on every protest in the state. However, residents defiled the ban and went on to protest, insisting that it is a constitutional right of citizens.

They marched through the roads in Port Harcourt, demanding end to police brutality, before marching to Government House where they insisted on being addressed by the governor.

See the video of the governor addressing the protesters below.