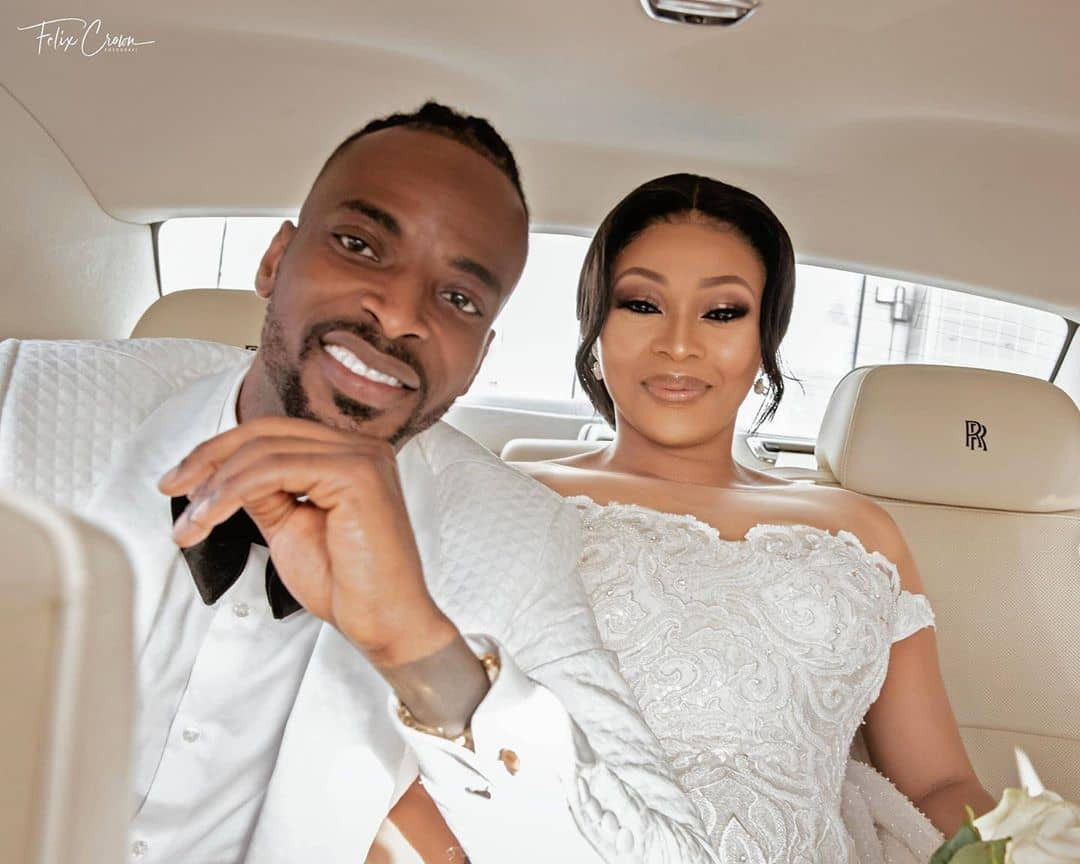 Nigerian singer, Abolore Adegbola Akande, better known as 9ice, has cried out to the general public to help him beg his wife, Olasunkanmi, after she dumped him following a leaked video of him with another lady in a hotel.

Days ago, a video of the singer and another lady leaked online. 9ice could be seen caressing the lady’s boobs and also warning other guys to stay away from her. A naked photo of him in the bathroom was also shared online.

The leaked video has obviously wrecked his young marriage of just ten months.

He shared a video on his Instagram page on Saturday afternoon, where he appealed to Nigerians to help him beg his wife whom he got married to in January 2020.

In the video, the singer said,

”I have done something so shameful, something terrible and it is costing me my family and the most important thing to me right now is my family.

“The 9ice that you always see and appreciate is because I have a backbone, Olasukanmi Akande and because of this terrible thing that I have done, it is costing me a whole lot.”

He also went on to say that he has recorded success in many things but keeps failing in marriage. He further revealed that he is determined to make this marriage work and want everyone to help him save his marriage.