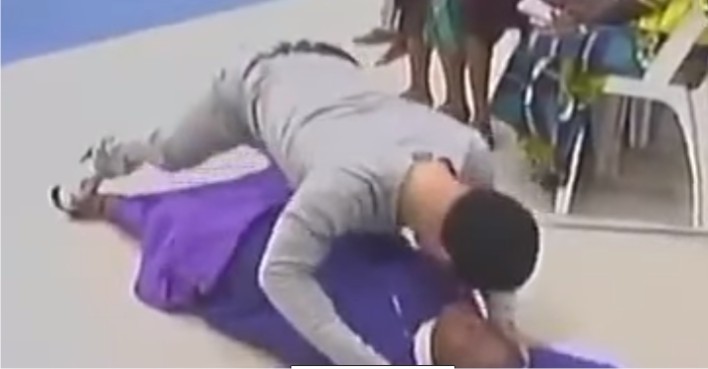 Popular Onitsha-based prophet, Chukwuemeka Ohanaemere popularly known as Odumeje is in the news again over a deliverance session he recently conducted on a Reverend Sister.

The controversial prophet who is the overseer of the Mountain of Holy Ghost Intervention and Deliverance Ministry, is seen in the video ‘mounting’ the Reverend sister who laid flat on the bare floor.

The clergy man is known for his unorthodox methods of healing and exorcism of supposedly demon-possessed individuals.

The new video has generated a lot of reactions on social media and has since gone viral.

One Proper Kalabar wrote on Twitter: “Religion is the primary major cause of blindness and poverty in Africa”