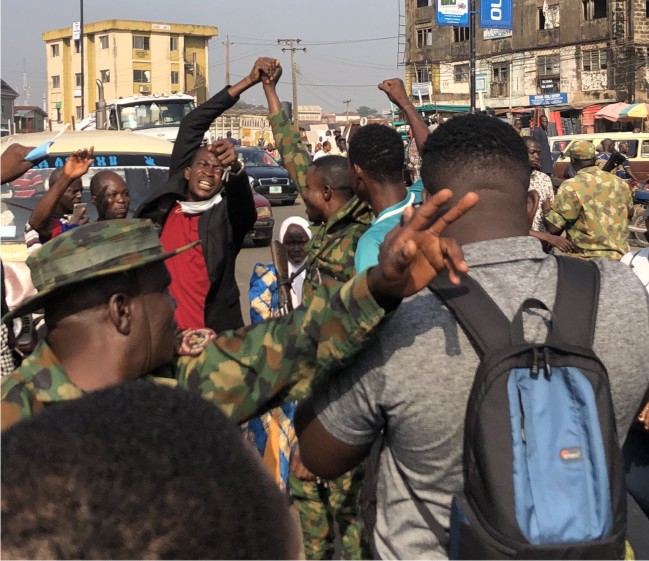 The scenes of the #EndSARS protest which kicked off in Ibadan, Oyo state, look really interesting as some Nigerian soldiers were pictured marching along with the peaceful protesters, to also ensure that the demonstration remains peaceful.

This comes a day after Governor Seyi Makinde barred the Oyo State Police Command from engaging peaceful protesters in the state following multiple attacks on youths demanding an end to police brutality in Nigeria.

Recall that a resident of the state, Jimoh Isiaq died during the endsars protest on Saturday Otober 10. He has since be buried according to Islamic rites.

See more photos from the protest in Ibadan.