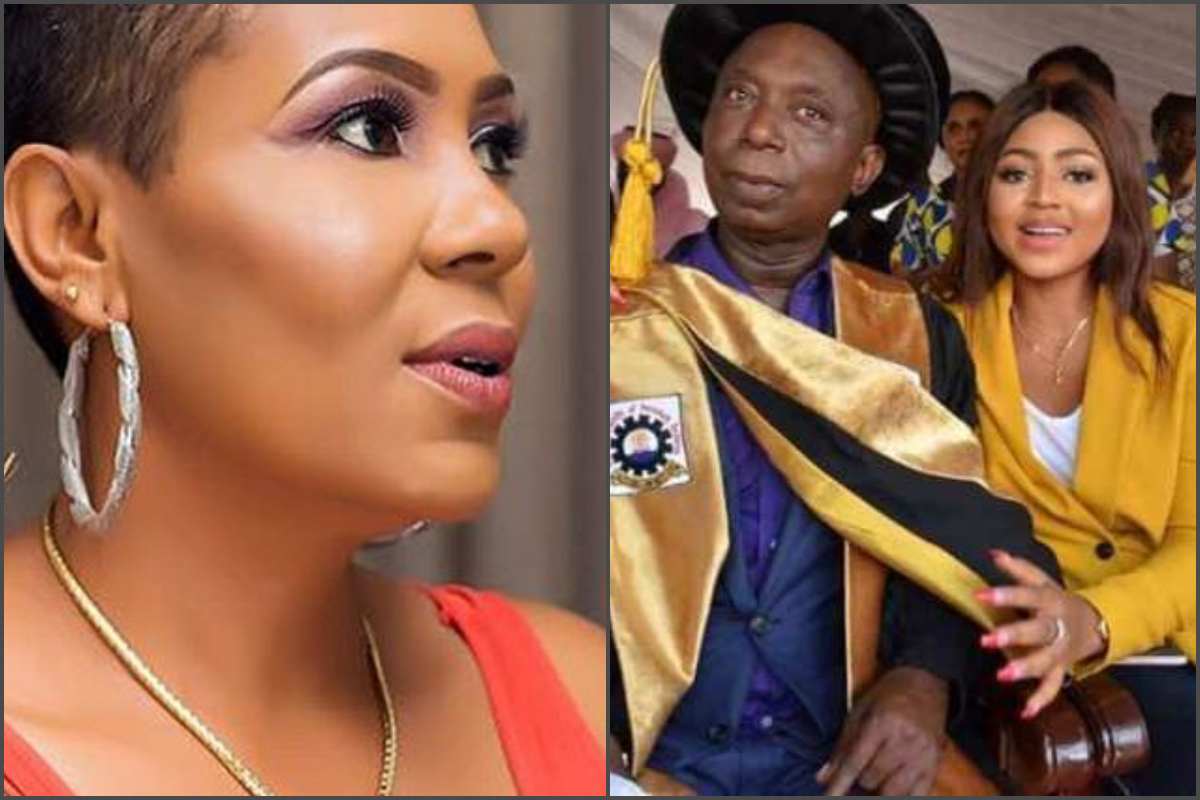 According to Kemi Filani, the post she shared has since been deleted, She reportedly wrote;

“Senator Ned Nwoko is an ugly sad little prick, with all his so called billions, aside sleeping wit some greedy actresses and buying them cars, or marrying little children all over the place, who him epp? Is there a free well equipped children’s hospital in his own village built by him? Or a free primary/secondary school for all children of his village? Or free care home for d aged widows in his village? I mean only in his village, at least he can afford it. I’ve never seen an adult so disgusting and shameless. Wicked enough to put a lil child like Regina in a traditional cult of ‘don’t ever cheat on me’. His place in hell will sure be d hottest. (Well, this is just my opinion) Shan George.