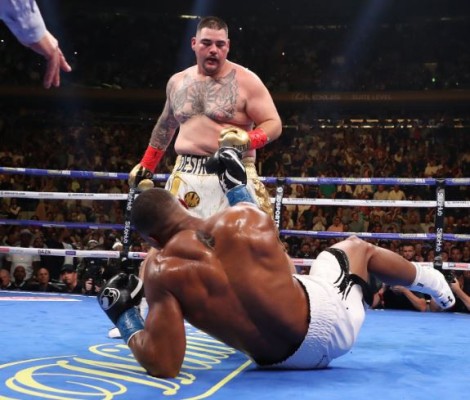 Andy Ruiz Jr might have produced one of the biggest upsets in heavyweight history on Saturday, but his pay cheque was distinctly lightweight, compared to Anthony Joshua’s.

The dethroned WBA, WBO and IBF champion, Joshua will accrue £20m after suffering the first defeat of his career. This might be the reason many people suspect the match was fixed for Andy to win.

The Mexican underdog knocked the Brit down four times, forcing a seventh-round stoppage. But it is Joshua who will earn the lions’ share of the fight purse.