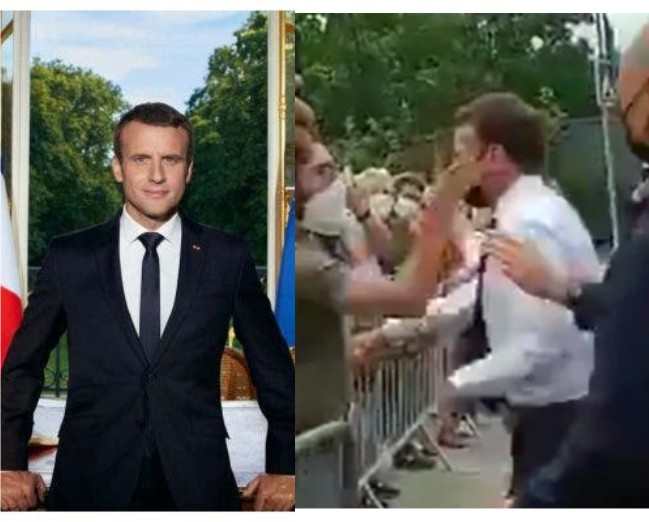 There was a shocking moment during a regional tour of President of France, Emmanuel Macron as a yet-to-be identified man stretched out his hand and slapped the president on the face.

It was very quick and unbelievable.

The embarrassing incident occurred during a walkabout session with a crowd in the Drome region in southeastern France, BFM TV and RMC radio reported on Tuesday, June 8.

In the footage currently rending on social media, Macron, dressed in whirt shirt sleeves, could be seen walking towards a crowd of well-wishers standing behind a metal barrier. He reached out his hand to greet a man, in a green T-shirt, with glasses and a face mask.

The man could be heard shouting out “Down with Macronia” (“A Bas La Macronie”) and then he slapped Macron in the face. The man was quickly tackled by the Macron’s security detail and Macron was swiftly ushered away to safety.