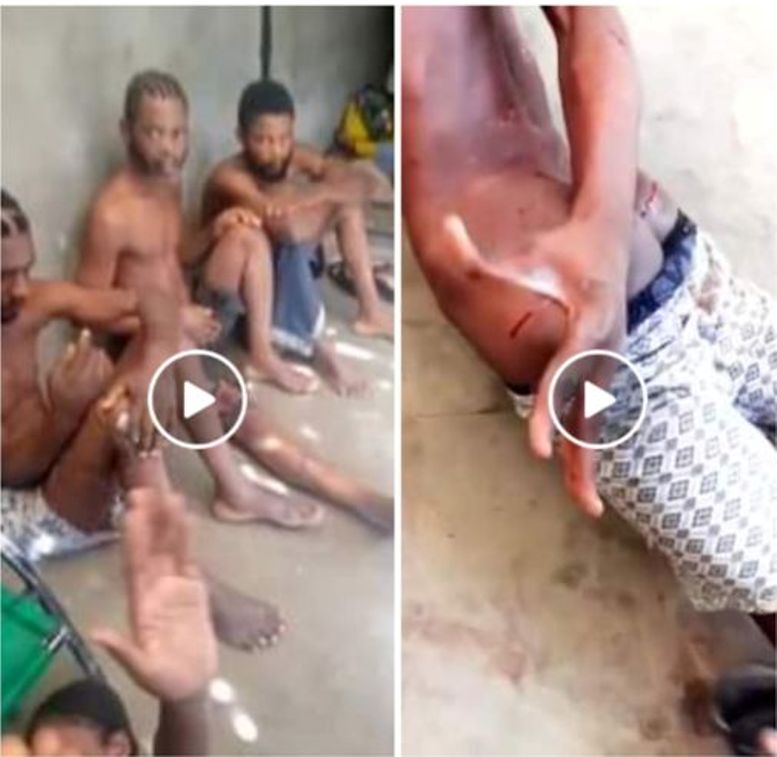 A Facebook user has shared videos showing Nigerian migrants being tortured by their captors said to be Nigerian human traffickers in Libya.

The videos which are already going viral were reportedly filmed by the traffickers known as “Burgers” in Libya, seeking ransom money from the families of their captives.

A Libya-based Nigerian woman, Kate Monday, who posted the videos claimed that the horrific torture happened in Sabha, a city in southwestern Libya, approximately 640 kilometres south of Tripoli.

In another one, a helpless young man with burns, cuts and bruises across his faces, arms, torsos and legs, is seen being tortured with knife by a faceless man.

A young woman is seen in another video screaming in pain as she is being flogged.