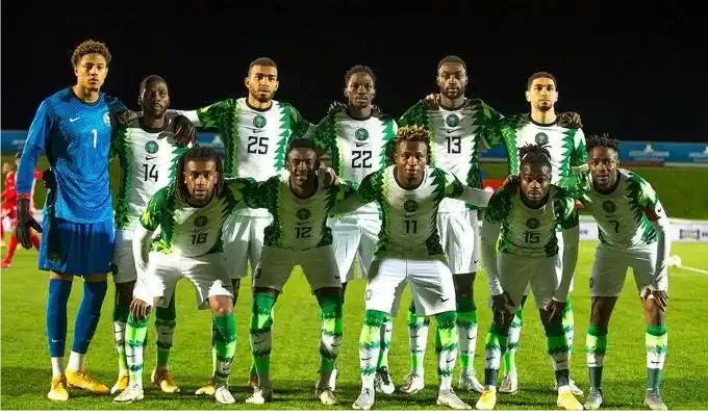 It was a dramatic night for Nigerians as everyone witnessed the unprecedented comeback from the Sierra Leone players who came back from losing 4-0 to draw 4-4 draw against Super Eagles in Friday’s 2021 Africa Cup of Nations qualifier at the Samuel Ogbemudia Stadium in Benin city, Edo State.

A brace from Alex Iwobi and strikes from Victor Osimhen and Samuel Chukwueze gave the Super Eagles a deserving lead after 29 minutes.

But in the second half, the Leones Stars fought back through strikes from Al-Hadji Kamara and strikes from Quame Quee and Rodney Strasser.

It was the first time the Eagles were conceding four goals under coach Gernot Rohr.

See are some of the reactions from Nigerians who took to Twitter to comment about the game.