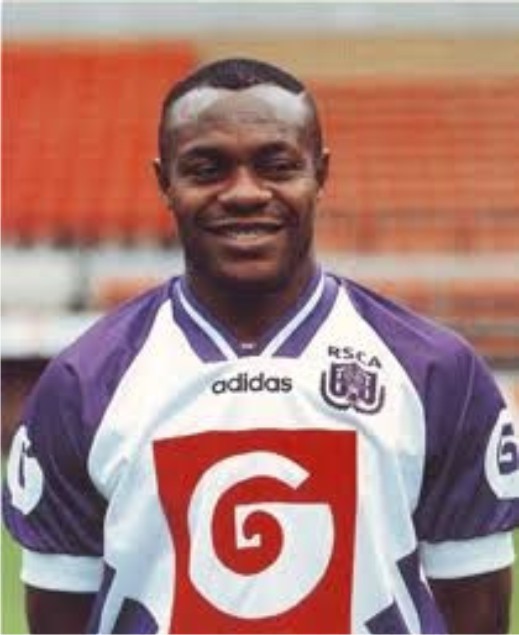 Former Super Eagles defender Chidi Nwanu, has accused some Super Eagles’ players of getting involved in fetish activities which has destroyed a lot talents.

The former Enyimba defender who is now an evangelist also revealed he won’t go into coaching if called upon by the Nigeria Football Federation (NFF) saying he’ll rather motivate players than coach.

During an interview with Vanguard Sports, he was asked what he was currently involved in, he replied : ”I am in ministry. That is why I said, a team that has all these fetish things will not do well. And that is what some players do and they have destroyed a lot of talents.

“Nigeria needs to look into; moral discipline and moral behaviour. If you look at the way we carry ourselves and project ourselves here, there is a lot of difference between us and our European counterparts. The Europeans play with all their hearts, but we take it easy as if there is nothing at stake.”

When asked if he would accept an offer to coach the Super Eagles, he said:  ”I have always answered this question in a particular way. To be a coach is not the only way you can help a team to succeed. There are many other ways. Like in Europe here, they have motivational speakers to stir up their spirits.

“The one that is emotionally down, maybe he finds himself not playing well, he goes through that process in order to get well. Somebody can be in the technical team, helping the coach to select players in their various positions. If you look at some teams today, they seem to have players who play in the same position but scattered in different positions.

“When you do that, you can’t have a strong team. One can help the national team in the area of fitness, welfare, disciplinary aspect because some players could be better players if they were disciplined, etc. Sometimes it could be bad lifestyles and you help them.”

Chidi won 20 caps for Nigeria, and was part of the squads for the 1994 FIFA World Cup and the 1988 Summer Olympics.