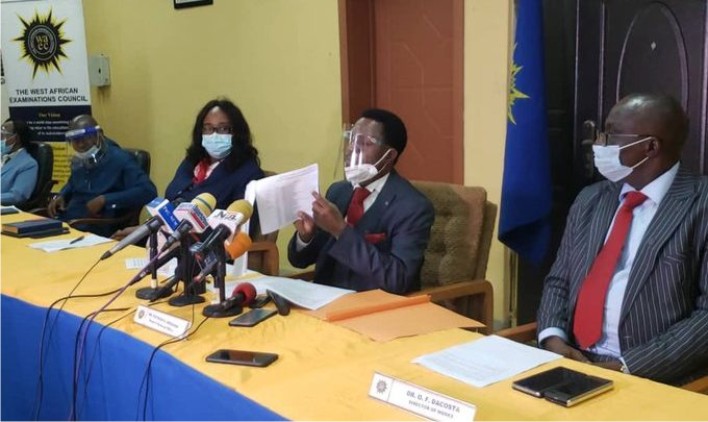 Patrick Areghan, Head of National Office, West Africa Examination Council, said the body arrested some of its supervisors who leaked questions to candidates before the commencement of the West Africa Senior School Certificate Examination.

Areghan, who disclosed this during a monitoring exercise to some schools in Yaba, Lagos State, also told students taking WASSCE to shun examination malpractice and rely on their ability.

According to him, the visit was to monitor the exams which commenced on Monday and to ensure that students and teachers complied with COVID-19 safety measures.

“Students should not go about looking for anything they call expo. It is shameful, supervisors collecting question papers from WAEC and going somewhere to open the questions. Yesterday we caught one in Nasarawa. They don’t know that we have a way of detecting them. In Bauchi, we caught another. We detected it from here. In Port Harcout, a candidate did the same thing and was arrested,” said Areghan.

The Rivers State Government said it is investigating allegations of malpractices WASSCE in the state.

The Commissioner for Education, Prof. Kaniye Ebeku, said a student in one of the schools in the state alleged that the principal collected money from candidates to allow them cheat.

Ebeku, in a text message, said, “All allegations of corrupt practices in the ongoing WASSCE will be investigated.

“Currently, we have no such report; bear in mind it is important to hear from the other party.”

The student had said, “Each of us was asked to pay N1,000 for Mathematics, another N1,000 for English Language and N500 for other subjects in order to cheat.”

But the principal, while speaking on a radio station on Wednesday, said, “I don’t know what the child is saying. I am going to bring out that child to say it before me that I collected N1,000 from them. I have never done it in my life and I have never thought of it too.”