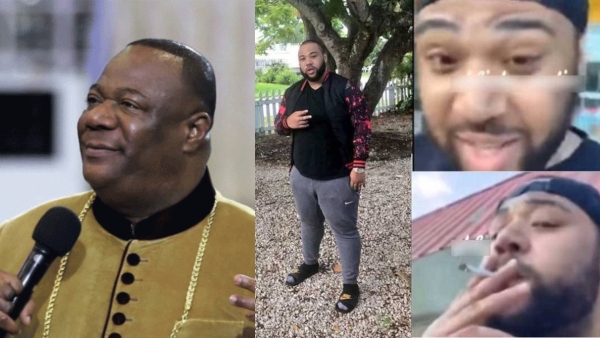 The son of Archbishop Duncan-Williams, founder and leader of Action Chapel and one of Ghana’s most respected men of God, was spotted in a video smoking weed.

The video which has gone viral on social media has generated a lot of controversy with many social media users asking how the son of a famous preacher could go that way-ward whiles his dad is preaching against bad behaviours.

According to sources, Daniel was just released from prison after serving a three(3) years jail term for a crime yet-to-be-known.

In his latest tweet, he revealed that for the past three(3)years he has been celebrating his birthdays in hospitals while he was still serving his jail term.

Read what he was saying in the video below.