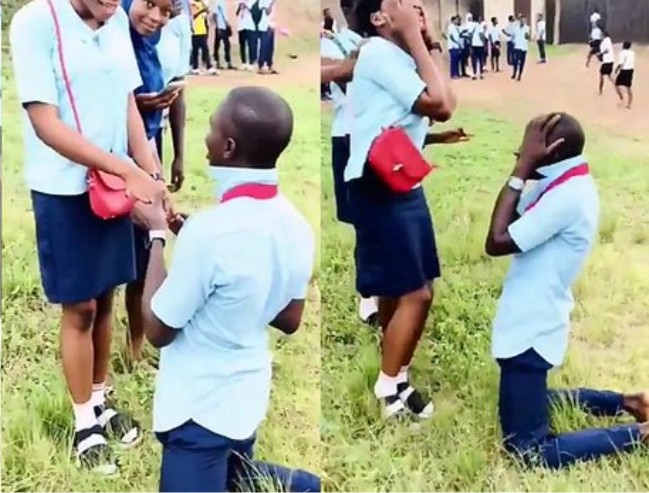 The students had reportedly finished writing their exams and were leaving the school premises when the lover boy decided to pop the four-word question.

In the video, they could be seen walking on what looks like the school’s football field, the girl who was proposed to, was at the front with her friends while her boyfriend trailed behind.

He quickly rushed toward her, knelt down and brought out a ring, then put it on her finger as she screamed in excitement and said, yes!