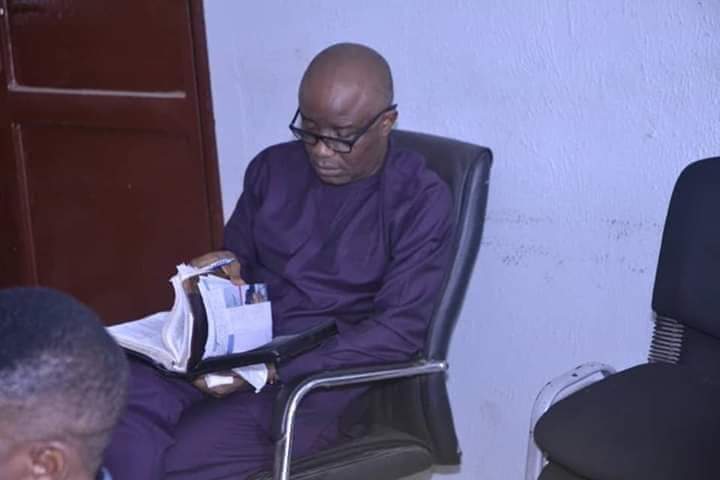 Rev Dr Chidi Okoroafor, the suspended General Superintendent of Assemblies of God Church made a surprise appearance at National chapel Enugu and took a backseat while the service went on on Sunday, March 8.

Rev Okoroafor was suspended after it was alleged that he was having a sexual immoral act with an American-based woman named Mrs Nwosu.

The Assemblies of God church National chapel Enugu went cold when the suspended GS was seen at the back seat as the service procedure went on in a very sober mood.

ABN TV reports that during interactions with some of the members after the church service, some worshippers disclosed that his presence in church on Sunday spoke a lot about his innocence. Other members said that he displayed a life of a true Christian, recalling that it was different from what happened when Rev Dr Paul Emeka was removed as the General Superintendent.

One of the members, Orji Solomon wrote “Where is Rev Paul Emeka? Come and see humility, and true man of God, on the 6th of March he was suspended, on the 7th he went to his home church and sat on a back sit, he did not take the church to court, he did not claim any right because church is greater than any individual, Rev, Chidi Okoroafor may the God of heaven and earth be with you and protect you and restore you in Jesus name”.