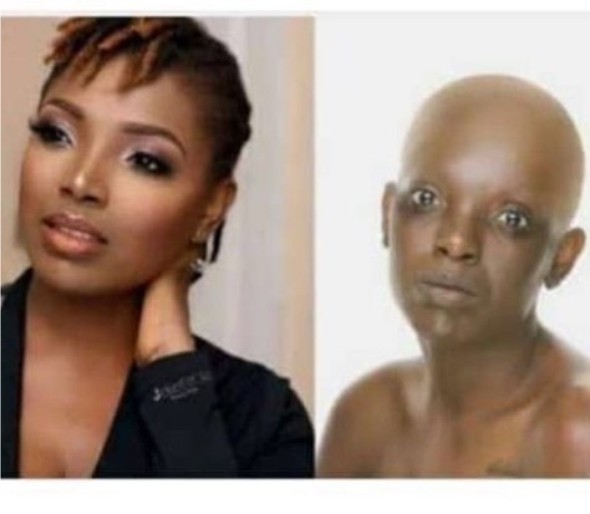 Actress Annie Idibia has slammed those behind a post which claims that she is suffering from cancer.

The actress and wife of Singer 2Baba Idibia, wondered why someone would post that she has cancer just to draw traffic to their blog.

Sighting the shocking post, Annie recalled that she did a photoshoot 3 or 4 years ago for cancer awareness campaign and wondered why the photo would be used by a reporter with a claim that she has cancer.

The report which was presented as though Annie’s husband, 2Baba Idibia was begging for prayers for his wife who is ”battling cancer”, infuriated Annie who has now demanded that the post be taken down immediately.

“Why Would Anyone Do This Just To Get Traffic To Their Blog !!!
This Was A Campaign I Did With A Very Creative Makeup Artists Against Cancer 3 Or 4 Years Ago I Think ! It’s Really Unfair To Post Such A LIE Just For Traffic! Whoever did this , I Pray That You Or Your Love one DONT Encounter This ! This Isn’t A Joke ! TAKE IT DOWN NOW!!!!”