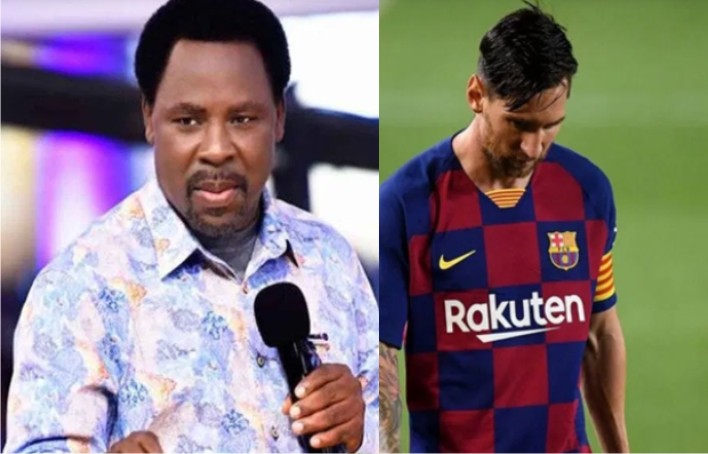 The founder of The Synagogue, Church of All Nations, Temitope Joshua, commonly referred to as Prophet TB Joshua, has warned Barcelona Football Club captain, Lionel Messi, against leaving the club.

Messi, a six-time Ballon D’Or winner, recently handed the club a transfer request following a humiliating 8-2 defeat the club suffered against the German side, Bayern Munich, during the last UEFA Champions League clash.

The Barcelona icon is reported to be in talks with the English side, Manchester City, where former Barcelona Coach, Pep Guardiola, is the current manager.

However, Barcelona have refused to let their number 10 man to go, insisting that Messi’s release clause of €700m must be paid.