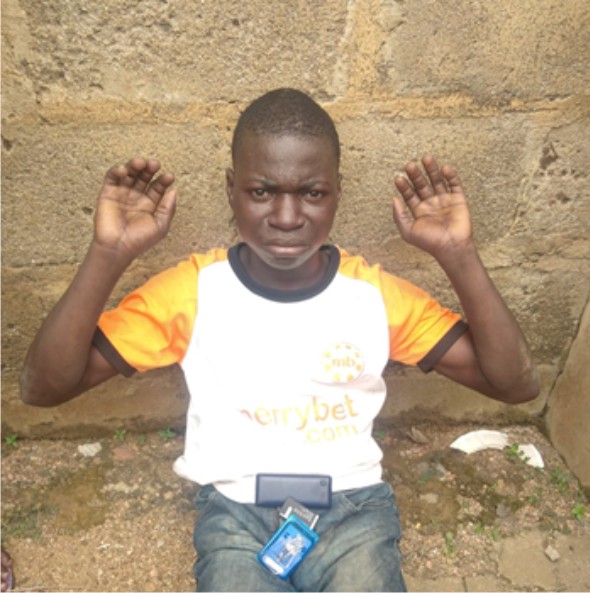 A yet-to-be identified boy was apprehended whilst he was defiling a six year old girl in an uncompleted building.

This is coming as tension is still high over the rape and death of a 100 level UNIBEN student, Vera Uwaila Omozuwa in an RCCG church during the weekend.

A Twitter user identified as Abdullateef took to the micro blogging platform to share the sad tale.

Although Abdullateef didn’t mention the place where the incident took place, he revealed crowd gathered when they heard the six year old girl screaming in pain from the uncompleted building, on getting there they caught the alleged rapist defiling the girl.

He was beaten by the angry mob but for the swift intervention of Abdullateef who rush him ho the nearest Police station; the angry mob was ready to give on the spot justice for the victim. She was rushed to the nearest hospital for treatment.

“This filthy, despicable, loathsome, vile animal was caught in an uncompleted building beside my house this morning sleeping with a 6 year old girl.
He has since been taken to the police station and the girl has been taken to the hospital for medical examination.

“If not for my intervention, he wouldn’t have made it to the police station. Me sef chop beating small.
The victim’s mother was distraught, the girl was brave & it was her scream that alerted us.

“I’m very sad & angry. When will these stop? We need to do better as a society.

“Sadly the animal succeeded and he confessed to penetrating the little girl.”