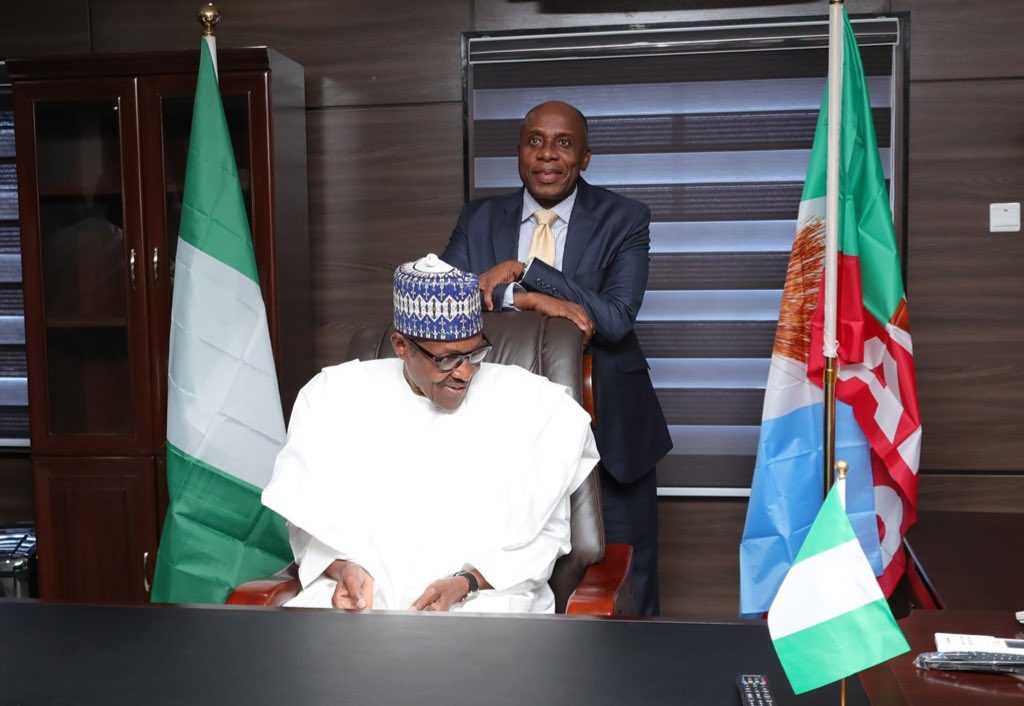 The Minister of Transportation, Mr Rotimi Amaechi on Wednesday jokingly thanked President Muhammadu Buhari for not converting him to Islam, saying he was misunderstood and criticised for associating with the president.

He spoke when members of the Federal Executive Council (FEC) on Wednesday expressed appreciation to the President for the opportunity he gave them to serve in his cabinet.

At the valedictory session of the council, ministers in the cabinet took turns to narrate the lessons they learnt from the president as members of his cabinet.

Amaechi narrated how he was almost chased out of Christ the King Catholic Church in 2014 for supporting the president, whom they alleged was trying to Islamise the country.

“Mr President, let me thank you for not converting me to Islam. I say that specifically because in 2014 when I walked into Christ the King Catholic Church, I was literally chased out of the church as a governor because I was accused of supporting a man whose agenda was to Islamise Nigeria.

“And in Rivers state they began to call me `Alhaji Rotimi Chibuike Amaechi’. I thank you because they have dropped the `Alhaji’ and back to Mr Chibuike Amaechi,’’ he said.

Amaechi said some persons initially thought that the president would be an autocratic leader only for him to turn out to be an “extreme democrat’’.

“I was told in the course of the campaign that you were autocratic and therefore you would not be democratic.

“Most of us are not happy that you have moved from your autocratic nature to an extreme democrat that everything puts to test of the people, to the extent that the people now feel that the only way things can go on in this country is by the rule of law.

“We all know that the rule of law is the beginning and the end of this government. Talking about the financial impunity that we saw before, people were making money without having any productive capacity for that,’’ he said.