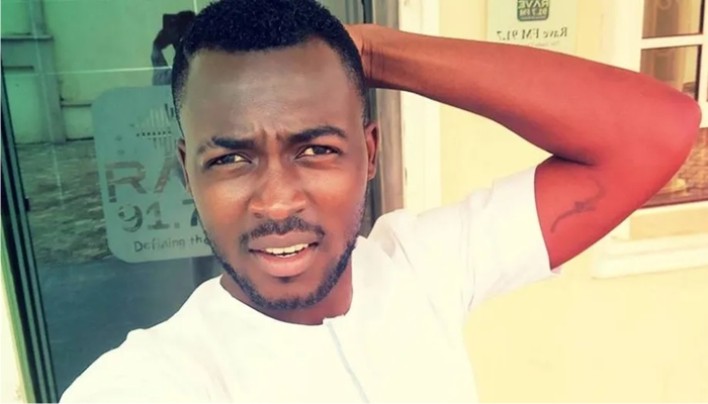 On Air Personality, Beevan Magoni has expressed dismay over the manner fight against rape is handled. According to him, it is unfair to men.

Taking to his Facebook page, Beevan Magoni, stated that both men and women need to be protected from abusers. He pointed out how boys are giving heavier punishments in while in secondary school while the girls are treated like angels.

He also went on to slam Non Governmental Organisations who are cashing in on the gender profiling.

“Our Women are not safe with men, men are scum, men are monsters, men are… Nyenyenye…” Shebi gamalin 20 dey your brain abi? That’s why you are talking like a drowning fish.

“Me do I look like I’m safe with men? Even with all the macho behavior I dey avoid men. When I say men I mean both men and women. We are a dangerous specie. None of us is better.

“I am pained because in the cause of journalism I know what I’ve seen and the manipulations there in. When you people start your blame game just pray I don’t see it. I fight for men and women alike. I fight for humanity. I have a reputation for fighting. Come for me or utter the wrong word and I’ll fight you.

“And like I’d always say, the fight is not even fair. I don’t want my son to experience what I’ve experience as a result of him being a man. From primary school they flogged us double and pet the girls. They made women look angelic while the male students were demons. You don’t even know that’s the genesis of rebellion in most male children? They see the imbalances in disciplinary approach and became rebels.

“Years later as an adult I’m confronted with feminism and the girl child’s right. What happens to the male child? And today, women are not safe with men like say my mother or my sisters don carry me go police station say I dey worry them for house.

“Look, if you have terrible brothers call them out. I can even organize a beating party for them. If the guys in your family forcefully sleep with women call them out. Don’t drag men along.

“The men I know, and the man I was brought up to be is a protector and provider. I was groomed to be a lover and a beacon of hope to my generation. The world is not even fair to me. Women have cheated beaten and broken me. As a matter of facts, if I were to carry on with that negativity, I’d be stark naked shooing humans on sight.

“You as a woman have you been fair to men? Has your behaviour not driven some men to the point of no return? Did they call your entire specie?

“This fight should be a collective fight of hope. Make victims understand that they are not alone and that all men are not the same. Give them hope of justice and not create nightmares for them because you want to cashout on their predicament. Don’t be a dickhead by jumping on trends of vendetta. NGOs and CSOs are cashing out on these irresponsible tags and gender profiles. Faze out of my face please

“And if women are not safe with men, start at home by lookin at your pa saying, “look, I don’t feel safe with you!”

“AND let me warn you, another set of men you should beware are those tagging along with the narrative. Smooth operators!”