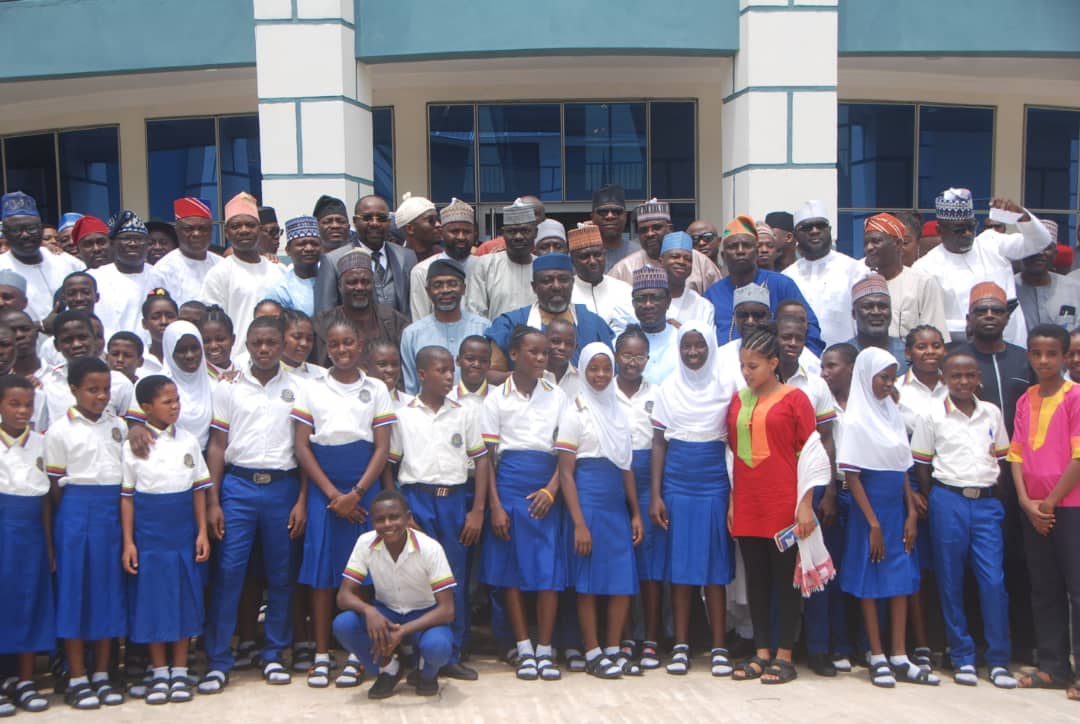 The governor, Owelle Rochas Okorocha has called on the National Assembly to make laws that would ensure the protection and benefit of the less privileged children in the society just as he said that a  law should also be made in Nigeria to support those who are doing charity work.

Okorocha aIso said that  he has  done  charity work ‘for 20years yet no recognition from the Federal Republic of Nigeria or State Government except from people that came from other African Countries, who visited the Foundation.’

The governor said these when about one hundred members of the House of Representatives led by Rt. Hon. Femi Gbajabiamila, who is the majority leader of the House and also an aspirant to the office of the Speaker, met with the students of Rochas Foundation College of Africa on Wednesday, at the premises of the Institution, stating that such law would ensure that the circumstances of birth do not prevent any child from achieving the goal for which God created him or her for.

He stated “I call on the National Assembly to promulgate a law to support less privileged children all over Nigeria. If that is done and they get education, nobody knows who amongst such children will solve the Nation’s problem.

“They need your encouragement. A law should also be made in Nigeria to support those who are doing charity work. I have done all these things for 20years yet no recognition from the Federal Republic of Nigeria or State Government except from people that came from other African Countries, who visited the Foundation.”

His words “It is unfortunate that whatever you do in this Country is interpreted in the political line, but this is not politics because if it is politics, it wouldn’t have been for 20years and still counting. This is life but I always say that if politics means helping the poor then let everybody be a politician. Our nation will be a better place.

He further stated “We are also requesting for 5 persons from each of the States in Nigeria to come to our University to study medicine free of charge. We are partnering with JAMB to see that those who score very high grades are given this opportunity. This opportunity is not for the poor but for the best brains in our society. Our free education in the Secondary Schools is for the poor and less privileged only but our University scholarship for medicine is for the brilliant students both poor and rich”.

According to the governor “If Nigeria can be together under one roof and speak the same language, the issue of where you come from will eventually die in this Country. We are one in this nation”.

In his speech, the leader of the team and the majority leader House of Representatives and equally an aspirant to the Speakership, Rt. Hon. Femi Gbajabiamila stated “Your Excellency, you are a kind man. You have been described in many superlative words but hardly has anyone mentioned your kindness. What you are offering to these children is not education only, it has gone beyond education. It is service to humanity. Windston Churchill said, you make a living from what you earn but you make a life from what you give. You have proved to the world that you are a giver”.

He continued “We came to Imo State with a smaller vision and mission but we have met here a bigger vision. We in the Federal House of Representatives will go into partnership with your foundation. I, as a person as part of my duty to my constituents, goes into schools within my Constituency to teach. I will come here to teach once in a while if given the opportunity. What you are doing Your Excellency is God’s calling in your life. God does not just call anyone, he chooses those He calls”.