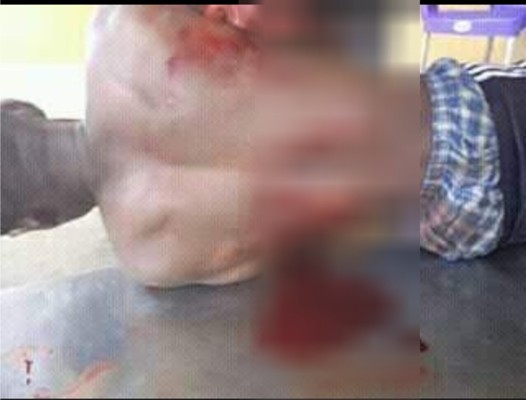 The incident was said to have happened yesterday evening after a heated argument between friends who were playing football.

An eyewitness who sent in the photos said that the trouble had started when the guys were playing football at a local pitch in Lagos. The victim had tackled his friend in a rough manner which led to a heated argument. The argument led to a fight which was settled by other players and people who were around.

However, the guy that was tackled refused to let go after peace was made. So, he went home and came back with a knife with which he stabbed his playmate to death.

See another photo below.