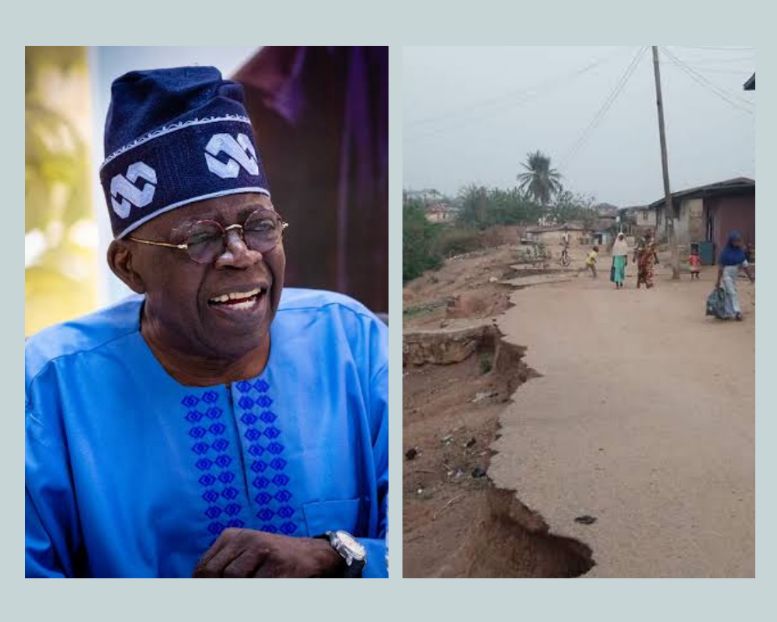 Bola Ahmed Tinubu, the presidential candidate of the All Progressives Congress (APC) has been dragged to the mud for not stepping up to help his Osun hometown develop, despite being a Governor in Lagos State and claiming to be behind the development of the mega city.

A Twitter user known as @UchePOkoye, called out the APC Presidential Candidate and said,

“This is the original village of Tinubu in Iragbiji in Osun state.”

He also shared photos of the terrible state of the community. See below.

Bola Tinubu is from Iragbiji, the headquarters of Boripe LGA in Osun state. His elder sister is the mother of Alhaji Gboyega Oyetola, the current governor of Osun State.

Meanwhile, Peter Obi’s supporters have joined in to call out the former Lagos Governor for the state of his hometown.