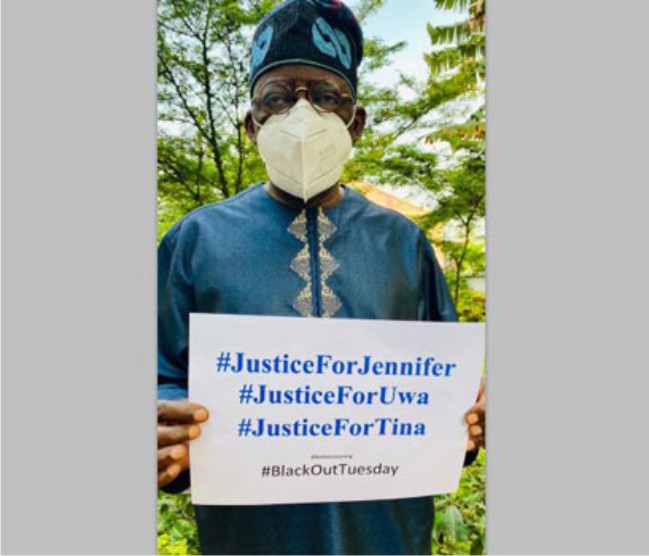 The national leader of the All Progressives Congress (APC), Asiwaju Bola Ahmed Tinubu, has lent his voice to the call for justice over the rape and murder of Vera Omozuwa, a 100-level microbiology student of the University of Benin (UNIBEN), Edo state.

Tinubu took to Twitter, rising in solidarity with all women, decrying the unjust treatments that have been unleashed on women over the years.

The APC stalwart in a series of tweets on Tuesday, condemned the recent killings of young ladies across the country, saying there is nothing that can defend the wrongdoings.

He tweeted, “All of us are born of woman and nurtured of woman. Vera Uwaila Omozuwa is the most recent name on a list, far too long, of women who have lost their lives at the hands of these vile criminals. Today, I rise in solidarity with women in Nigeria to say #enoughisenough.

“For far too long women and young girls in our nation have suffered the pain, hurt and stigma of gender-based violence and abuse. Too many have been hurt, intimidated and bullied. Too many have died. Such violence is inexcusable. There is nothing that can defend this wrongdoing.

A few days ago, Miss Uwa, a student of microbiology, died after she was raped and brutally beaten while studying in a church in Benin.

In a similar vein, Tina Ezekwe, a 16-year-old girl, was hit by a stray bullet after a police officer fired shots in a bid to apprehend a bus driver at the Iyana-Oworo area of Lagos.

Both students’ death comes weeks after Jennifer, an 18-year-old girl, was allegedly gang-raped by five boys who were said to be her friends in Kaduna state.

The deaths of these Nigerian females have triggered protests on social media as Nigerians have called for justice over the killings. 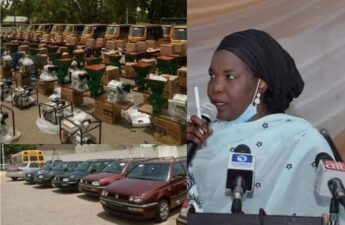 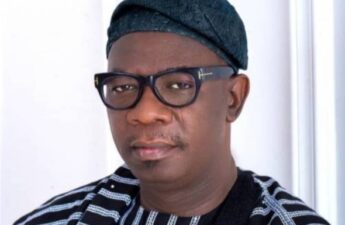