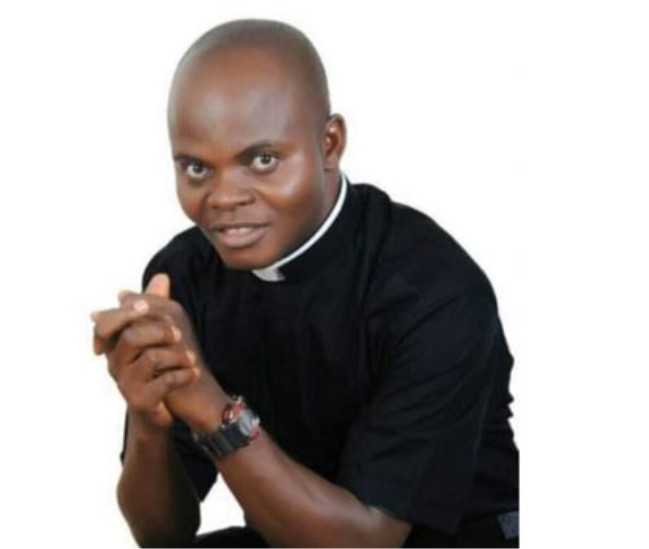 A Catholic priest, Father John Gbakaan, has been butchered to death by unknown gunmen who attacked him along the Lambata-Lapai road in Niger State.

Before his gruesome murder, Fr Gbakaan was the priest in charge of St. Anthony’s Parish Gulu in Lapai Local Government Area and the Dean of the newly created Lapai Deanery in Niger State.

A close colleague of the deceased and priest in charge of St. Theresa Catholic Parish Madala, Father John Jatau confirmed this on Sunday.

Father Jatau told Channels TV that Father Gbakaan, alongside his brother and another priest, Thursday travelled to Makurdi in Benue state where he went to see his mother.

Father Jatau noted that it was on his way back, that he and his brother were attacked by gunmen along Lambata-Lapai road.

He said the incident took place at about 9 pm after Father Gbakaan had dropped the other priest at Suleja.

The attackers were said to have descended on the priest with machetes, hacking his body beyond recognition.

Father Jatau said the body of the priest was found the following day, Saturday, tied to a tree in a bush, after some vigilante members in the area raised alarm.

The Toyota Venza vehicle in which the priest was traveling was also found in the bush.

Meanwhile, the brother of the deceased was abducted and is yet to be found.

According to Father Jatau, the gunmen on Saturday put a call to the Catholic Diocese in Minna, demanding for the sum of Thirty Million Naira, but later in the course of negotiation dropped the ransom to Five Million Naira.

As at the time of filing this report, negotiations were said to be ongoing, while the body of the slain priest has been deposited at the IBB Specialist Hospital mortuary in Minna.

The police in Niger State is yet to release a statement on the incident.