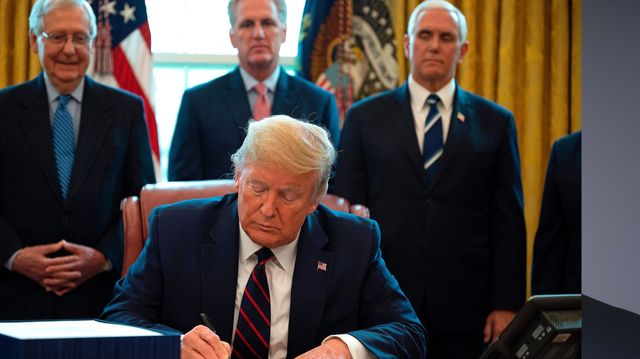 The outgoing president of the United States of America, Donald Trump is reportedly seeking ways to end birthright citizenship before he leaves the White House.

Under current law, all babies born in United States are automatically granted citizenship, regardless of whether or not their parents are American.

According to a report by Daily Mail, Trump is considering signing an executive order which will put an end to that birthright citizenship.

Meanwhile, President Donald Trump seems to be almost over in the White House despite his refusal to acknowledge that he has been defeated by former vice president Joe Biden of the Democratic Party.

The reality that Trump has lost can be highlighted by the recent statement from Twitter when the social media giant through Nick Pacilio, one of its spokesperson told CNN that it would hand control of the @POTUS account to the new Biden administration on Inauguration Day.

Also, the State of Georgia has finished its statewide audit of the US presidential race, confirming that projected President-elect Joe Biden defeated President Donald Trump.

A news release from the secretary of state’s office confirmed the completion of the statewide audit and its findings.

The recount resulted in officials in four counties discovering a total of about 5,800 votes. Trump has inched about 1,400 votes closer to Biden as a result but remains the loser.