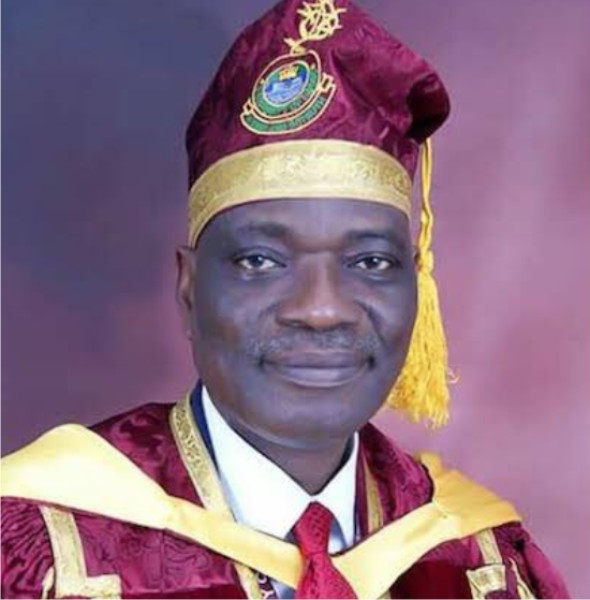 The crisis rocking the University of Lagos (UNILAG) administration and Governing Council deepened on Wednesday, resulting to the removal of the institution’s Vice-Chancellor, Prof. Oluwatoyin Ogundipe, from office.

The Governing Council took the decision during its meeting which held at the National Universities Commission (NUC) building in Abuja on Wednesday August 12.

The Council Chair, Dr. Wale Babalakin, moved the meeting to Abuja following ASUU’s declaration he should not visit the institution’s campus as he had been declared a persona non grata.

A statement released by the council states that Ogundipe was removed for acts of wrongdoing, gross misconduct, financial recklessness and abuse of office.

“The general public is hereby notified that at an emergency meeting held on Wednesday 12 August 2020 and in accordance with the statutory power vested in it by law, the Governing Council of the University of Lagos removed Prof. Oluwatoyin T. Ogundipe, FAS from office as Vice Chancellor of the University with immediate effect.

“The decision was based on the Council’s investigation of serious acts of wrongdoing, gross misconduct, financial recklessness, and abuse of office against Professor Oluwatoyin T. Ogundipe,” the statement read.

Also, in a note shared among members of the university community and attributed to those at the meeting, Babalakin said he would announce an Acting VC by 5pm on Wednesday.

Meanwhile, members of the senate have vowed to resist the removal. Note credited to Prof Olukemi Odukoya reads:

“Dear Senate members, it is with great regret that I announce to you that the Pro-Chancellor has had his way in actualising his machinery to remove the Vice Chancellor.

“At today’s 12th August 2020, Emergency Meeting of Council in Abuja, Dr. Babalakin asked the VC and DVC (DS) to leave the meeting and by vote of 6 to 4, announced that the Vice Chancellor has been removed.

“Members, arise, this is unacceptable. We must defend the Management of the University.”

Another Senate representative on the Council, Prof. Bola Oboh wrote: “Dear Senate members, the University of Lagos regulation has been stepped on and ridiculed.

“Babawale Babalakin, the Pro-Chancellor waited for the tenure of Prof. Chukwu and Prof. Familoni to end, to call an Emergency Council meeting.

“Based on the Dagari report, without allowing the VC defend himself, the Pro-Chancellor called for a vote for the removal of the VC.

“I (Prof. Oboh), Prof. Odukoya, Prof. Leshi and John Momoh voted against the removal of the VC.

“Six persons (excluding Babalakin) voted for. Babalakin then went ahead to announce the removal of the VC.

“Dear Senate members, the procedure for removal of persons in office is clear and this was pointed out to Babalakin several times but he turned deaf ears.

“He said he will announce the Ag. Vice Chancellor at 5pm. I have excused myself that I need to report to Senate members the shameful act currently ongoing. Please let us arise to fight this.”