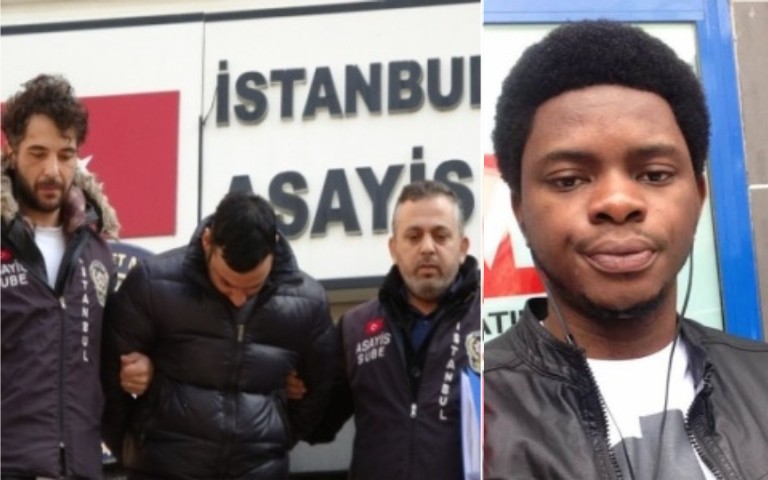 The suspected killers of Nigeria DJ, Emmanuel İfeanyi Okonyia aka EmmyJay, have confessed to the crime and revealed the motivation behind their action.

Recall that we brought you the report that the Nigerian DJ was found dead in his apartment at Mecidiyeköy with his hands and feet tied behind. An early police investigation revealed that Emmanuel who had a knife next to his body, was tortured before he was killed. Read more here

The two Brazilian suspects arrested over the murder incident were identified as Sandro Marcello A. and Jonathan Carvalho D. It was further learnt that they confessed to the crime and also accused the Nigerian DJ of refusing to pay them after a $200,000 drug deal.

Sandro said; “I went with my friend Carvalho and told him my wife is pregnant and that he should pay me my debt, he refused which led to a struggle.
“I wanted my debt, when he refused, we tied him and tortured him.”

The arrested suspects have already been charged to court. See their photos below.