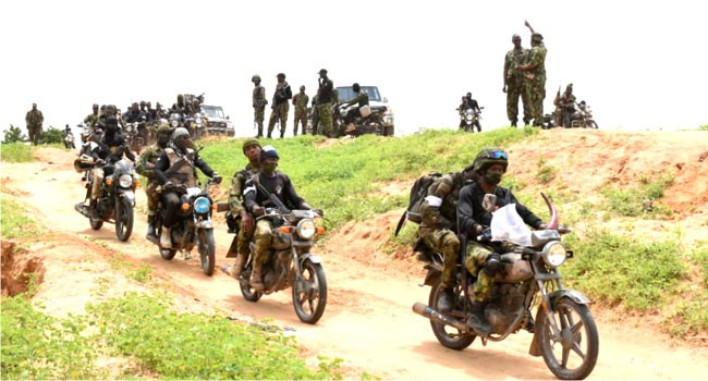 Soldiers of the 4 Battalion of the Nigerian Army in Igabi Local Government Area (LGA) of Kaduna State on Monday November 30, stopped an attempt by bandits to kidnap travellers in the area.

The soldiers killed one of the bandits who attempted to abduct the travellers at Kwanar Tsintsiya axis of the Kaduna-Zaria Road, and also rescued 39 other people kidnapped by the bandits while travelling from Sokoto State to Onitsha in Anambra State.

Kaduna Commissioner for Internal Security and Home Affairs Samuel Aruwan who confirmed this in a statement, added that troops also repelled another bandit attack on the Kaduna-Abuja Road when they attempted to advance towards the Audu-Jungom axis in Chikun Local Government Area.

The bandits were pursued to Ungwan Tuta from where the troops lost contact with the criminals. While the troops successfully dislodged the bandits along the Kaduna-Abuja road, Aruwan disclosed that a stray bullet fired by the criminals hit a driver and passenger.

The troops also responded to distress calls about bandits attacking residents in the same general area. The soldiers recovered 69 cattle upon arriving the scene and also killed one of the bandits.