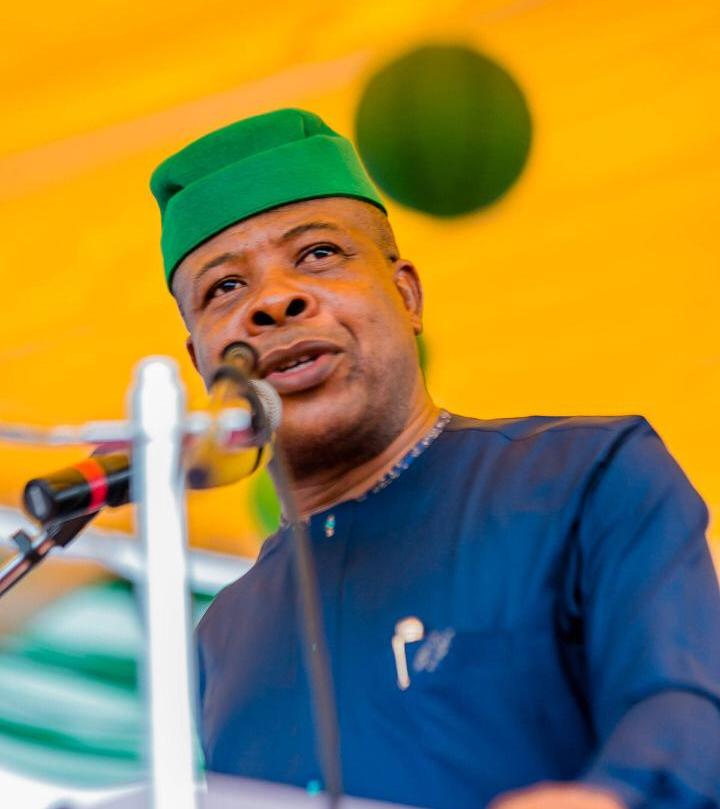 From the day one becomes a public servant, especially a governor, the window of criticisms opens. Every public servant knows that and has to be ready to accept, analyse, learn and put to good use salient critiques.

For Governor Emeka Ihedioha who was sworn in yesterday as the 6th Governor of Imo state, Mr Onwuasoanya FCC Jones have welcomed him with what might be the first critique after listening to the one-hour Inauguration speech.

One of the key things promised by the Imo State governor, His Excellency Rt. Hon. Emeka Ihedioha is free healthcare to pregnant women, children from 0-5 years and senior citizens from 70 years and above. This program, no matter how anyone looks at it is commendable and must be promoted, as it is highly humanistic. Those citizens within that age bracket deserve government’s attention more than any other class of citizens, especially, in the area of healthcare. Prayerfully, we shall no longer see a situation where hospitals detain nursing mothers and their babies, because of their inabilities to offset their hospital bills.

However, the governor, like in other cases, did not set out a plan on how this will work. Who are to benefit from this policy? Will it be for everyone within this category or specifically for Imo citizens? Will it be in government owned hospitals or any hospital at all in Imo State? If it is going to be for Imo indigenes only, how does the new governor intend to identify those mothers, babies and the elderly who are truly from Imo State?

The governor also declared that this policy will take off immediately. It he is serious about this, it therefore means that he lied against his predecessor, by claiming that Owelle Rochas Okorocha destroyed the Imo health sector. Are these vulnerable class of citizens going to receive medical attention in dilapidated or completely destroyed health facilities in the State?

Governor Ihedioha’s free healthcare promise does not contain these details, meaning that he either does not mean to implement it, or he is not the seasoned administrator his promoters would want us to take him as. You cannot on one breath tell us that our health sector has been destroyed and on another breath tell our pregnant mothers, our newborns and senior citizens to go to the same hospitals and access free healthcare. It is either you retract your obvious lie about the healthcare sector in Imo State, not functioning or you give us a dateline within which you would have resuscitated the health care sector, before this class of people can access the free healthcare.

One thing our new governor must be told is that it won’t be easy deceiving Imolites this 2019. We have come a long way, and eight years of free education hasn’t been a ruse. More Imolites are now better enlightened and will ask critical questions about everything the governor says. The era when you will make State policies for populist reasons are over. Whatever the governor promises must be tied to timelines and verifiable details on implementation.