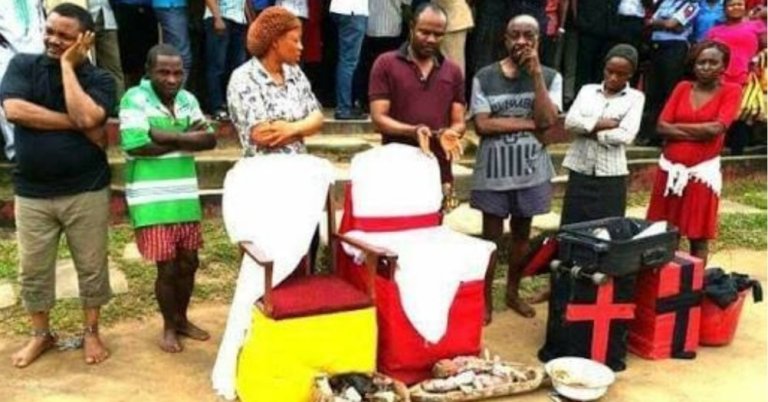 A pastor named Kayode Elisha was caught in Okelerin area of Ogbomosho, Oyo State while in possession of many heads of babies and a female private part.

According to reports, the suspect, who was arrested at Okelerin in Ogbomosho, was said to have also been caught with a heart and other parts of a female in his room.

The Ogbomosho Police Public Relations Officer, SP Akerele Daniel said the Pastor was arrested following a tip-off and investigation by officers in the command.

Daniel said the suspect, during interrogation, revealed that the said human parts were given to him by an accomplice who has also been rounded up.

According to Daniel, the suspect and the accomplice would be charged to court at the end of its investigation.