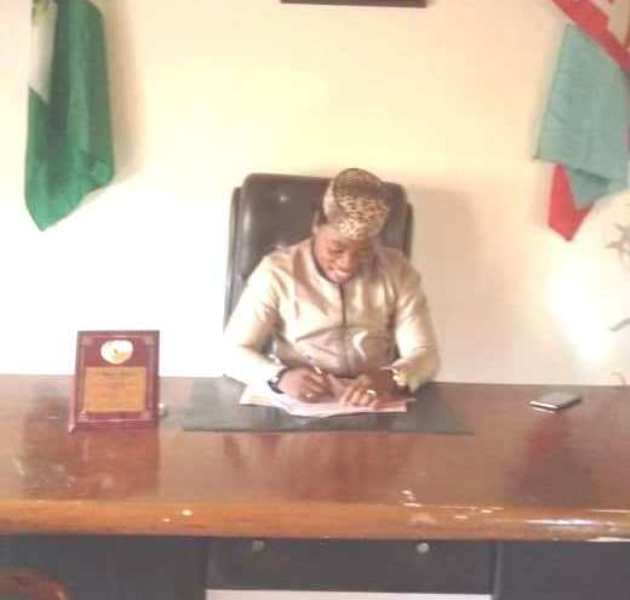 Following the reports making rounds that Imo Lawmakers have purportedly suspended the elected LGA chairmen, vice chairmen and councilors, the Vice Chairman of Mbaitoli LGA, God’stime Samual has shared a photo of himself at the office as work resumes today following the 2-day public holidays.

Recall that Association of Local government (ALGON) in Imo State, had set the record straight that “There is no known law of the land that empowers the State Houses of Assembly to suspend, dissolve or sack any elected Local Government Official.”

The Young Vice Chairman shared the photo and captioned it:

…YAN them we are elected officials of the 3rd tier of Government.
Thanks to President Buhari for accenting to the local government autonomy bill as passed by the Nigeria senate.