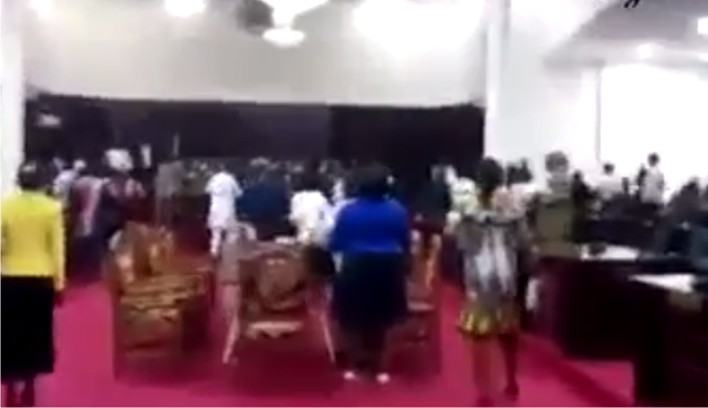 The announcement throw the Assembly into a rowdy session as fight erupted. Members threw punches at each before the gunshots started.

Watch video from the rowdy session below.