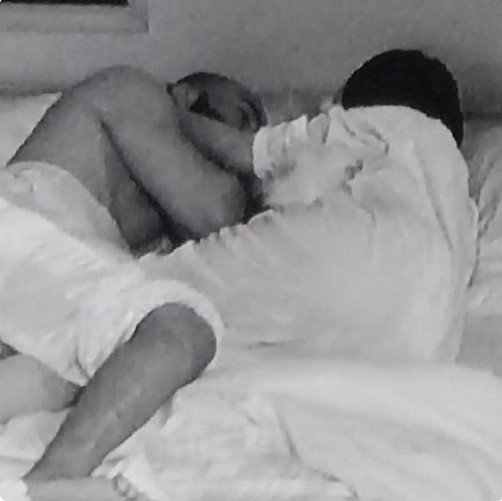 It’s been a week and some days into the Big Brother Naija: Pepper Dem show and it looks like housemates are already finding their love interests in the house.

While others slept last night, Khafi and Gedoni were subtly cuddled up on the same bed and Khafi could be clearly seen making strokes with her hands on Gedoni’s back, gently caressing the gentleman.

He later on responded with a kiss, which can be dubbed as the first official kiss in the BBNaija Pepper Dem house. People have started reacting to the brewing love of the housemates and we too have our fingers crossed!