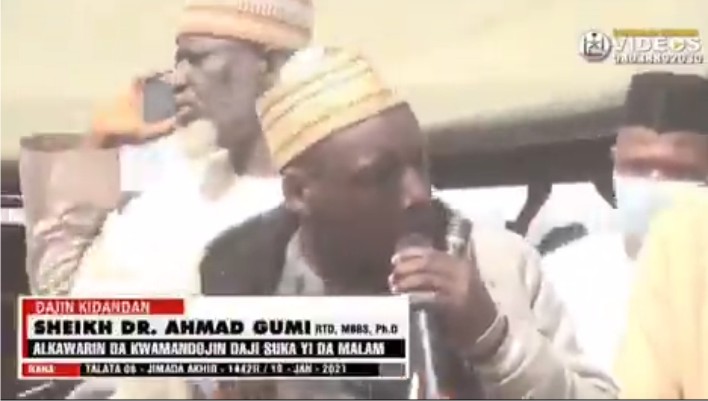 One of the bandits who spoke in a recent parley with government officials has revealed that the AK47 guns that they are armed with are given to them by some officials from Government.

In a video that has since going viral on social media, the bandit who speaks Hausa swears that God should kill him if he lies about his claims. He said the Fulani man only knows how to rear cows and farm. But, Government officials are the ones who provide them with weapons they now use to cause terror.

“I swear to God if it’s not the Government sponsoring our terrorism let God take my life right now. A Fulani is known for Cows and Farm. Cows don’t give birth to AK47. A Fulani man doesn’t have the capability to manufacture guns, AK47. Government is sending them to us”

1 thought on “Video: “I swear to God it’s the Govt sponsoring our terrorism” – Bandit opens up”